Here’s iOS 13.3.1 final release notes and changelog for iPhone and iPad that you need to know for everything that is new in this release.

Apple has officially released iOS 13.3.1 and iPadOS 13.3.1 final into the public domain for all compatible devices. As always, here is everything that you need to know to familiarize yourself with those two releases thanks to Apple’s official notes that accompany the release. 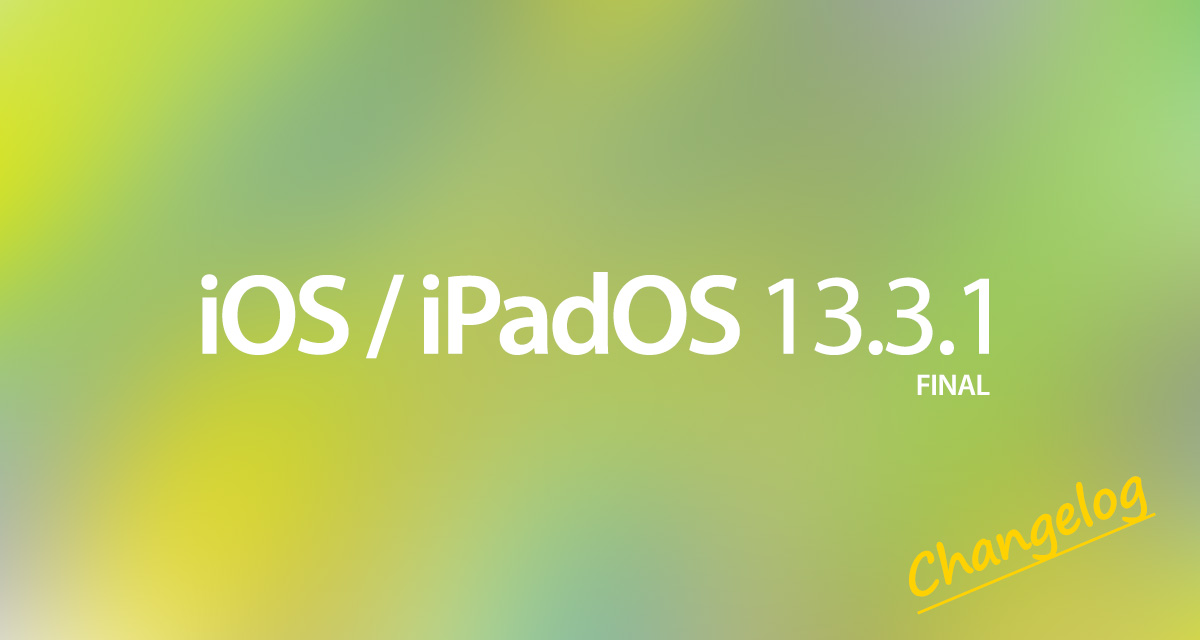 The third – and what turned out to be the final – pre-release seed of iOS 13.3.1/iPadOS 13.3.1 went out into the development community on January 22nd.

At that time, it wasn’t explicitly known that it would be the final beta release before showtime but it immediately gave developers an opportunity to test their own software against the latest version as well as put it through its paces from a stability perspective.

With the slew of iOS 13.3.1 releases, Apple introduced a “Networking & Wireless” toggle in the Privacy section of the Settings app designed to turn off the U1 Ultra-Wideband chipset that ships with Apple’s latest devices. Those who toggle that feature to the off position will be disabling location for Bluetooth, Wi-Fi, and turning off the Ultra-Wideband functionality entirely. As is generally the case in recent times, this feature was deemed necessary due to the discovery that Apple’s newer devices were still tracking locations even when the location services options were turned off.

A less important addition, but still important for those who will use it regularly, was the new Play Again button located in the TV app. And, of course, under the user-facing functionality lies a bed of bug fixes and performance improvements that are designed to ensure that both iOS 13.3.1 and iPadOS 13.3.1 run as smoothly as possible on all compatible iPhone and iPad hardware.

If you prefer to read the information directly from the horse’s mouth, so to speak, then you can check out the official Apple release notes before to see exactly what Apple deems it necessary to share with the public as far as this release is concerned. If you haven’t already upgraded to iOS 13.3.1 then it is definitely worthwhile looking at these releases notes and going through a familiarization feature before pressing that update button.