Instagram is now closer than ever to giving people a way to pay a subscription fee to their favorite creators after people began to notice a raft of new in-app subscriptions relating to the feature.

As spotted by multiple people online and reported by TechCrunch, the Instagram App Store page now lists new Instagram Subscriptions in-app purchases, although they don’t correspond to any feature that is currently available.

Prices range from $0.99 to $4.99. with people likely to be able to choose which level they want to pay for.

It isn’t immediately obvious what content people will get for their money, although Instagram has previously suggested that Stories could be offered as something that lives behind the paywall.

This isn’t the first time that an in-app purchase has outed a feature before it was made available. The same happened to Twitter when Twitter Blue was being readied, and it seems unlikely that it will be all that long before Instagram’s creator subscriptions are announced. 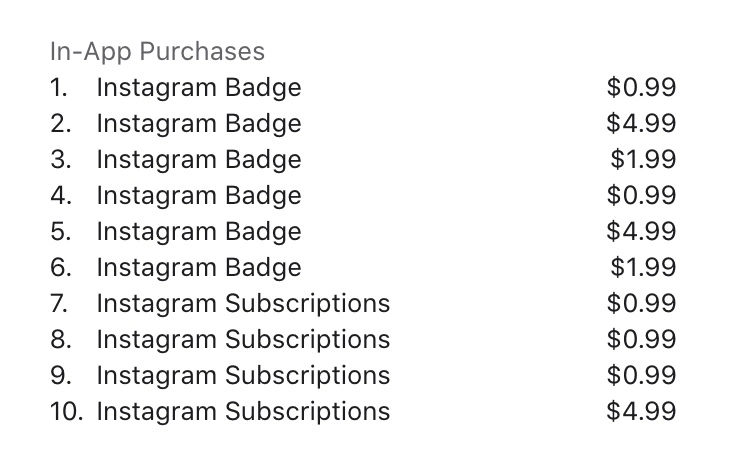