Apple didn’t announce it during the WWDC event, but there’s a new iCloud Mail interface coming and it’s currently being beta tested. The new design looks very similar to the Mail app that’s currently used on the iPhone and iPad, so people should immediately feel at home.

Anyone opening the new iCloud beta website will see the new look and it’s easier to use thanks to a cleaner overall look that’s less cluttered than before.

9to5Mac explains the differences between the new and old versions of iCloud Mail.

The previous Mail web app, which remains accessible through the official iCloud website, still has remnant elements of the iOS 7 interface with super thin fonts and icons. Now it seems that Apple is finally bringing a more modern look to iCloud web, starting with Mail — other iCloud web apps are still with the old design even on the beta website.

Another difference between the old and new iCloud Mail on the web is the mail composition panel, which now pops up in the same window, while the old one brings the composition panel in a separate window. 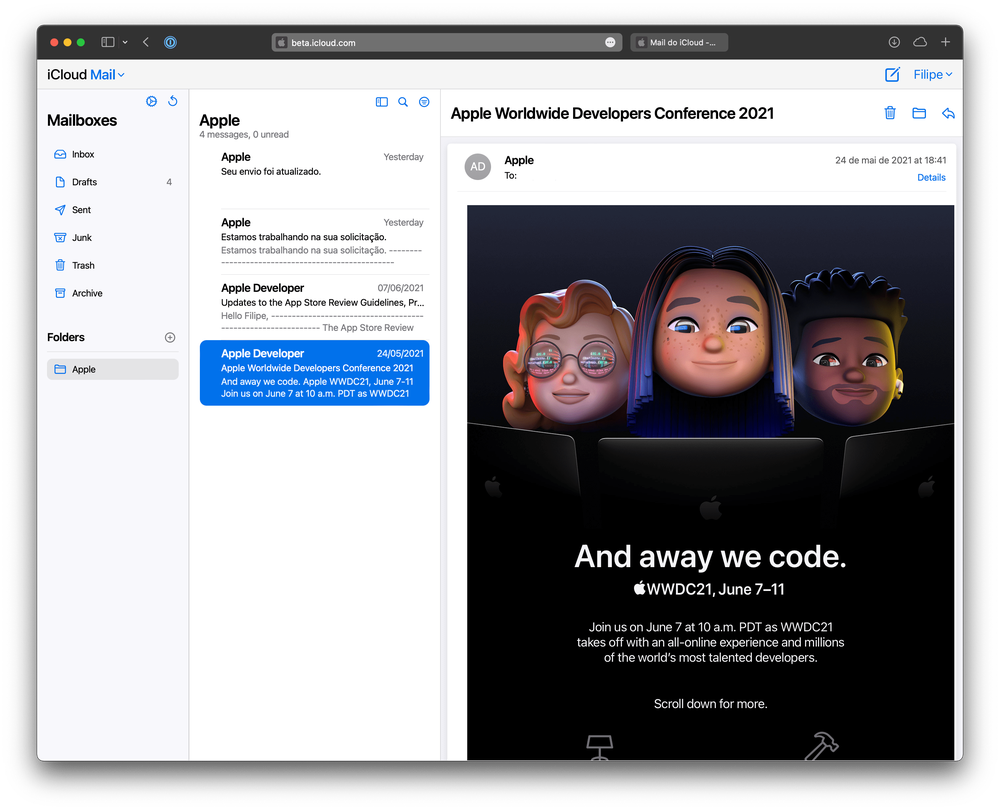 Being able to switch to old interface is important because it gives us all an option, but that will surely be gone soon enough. 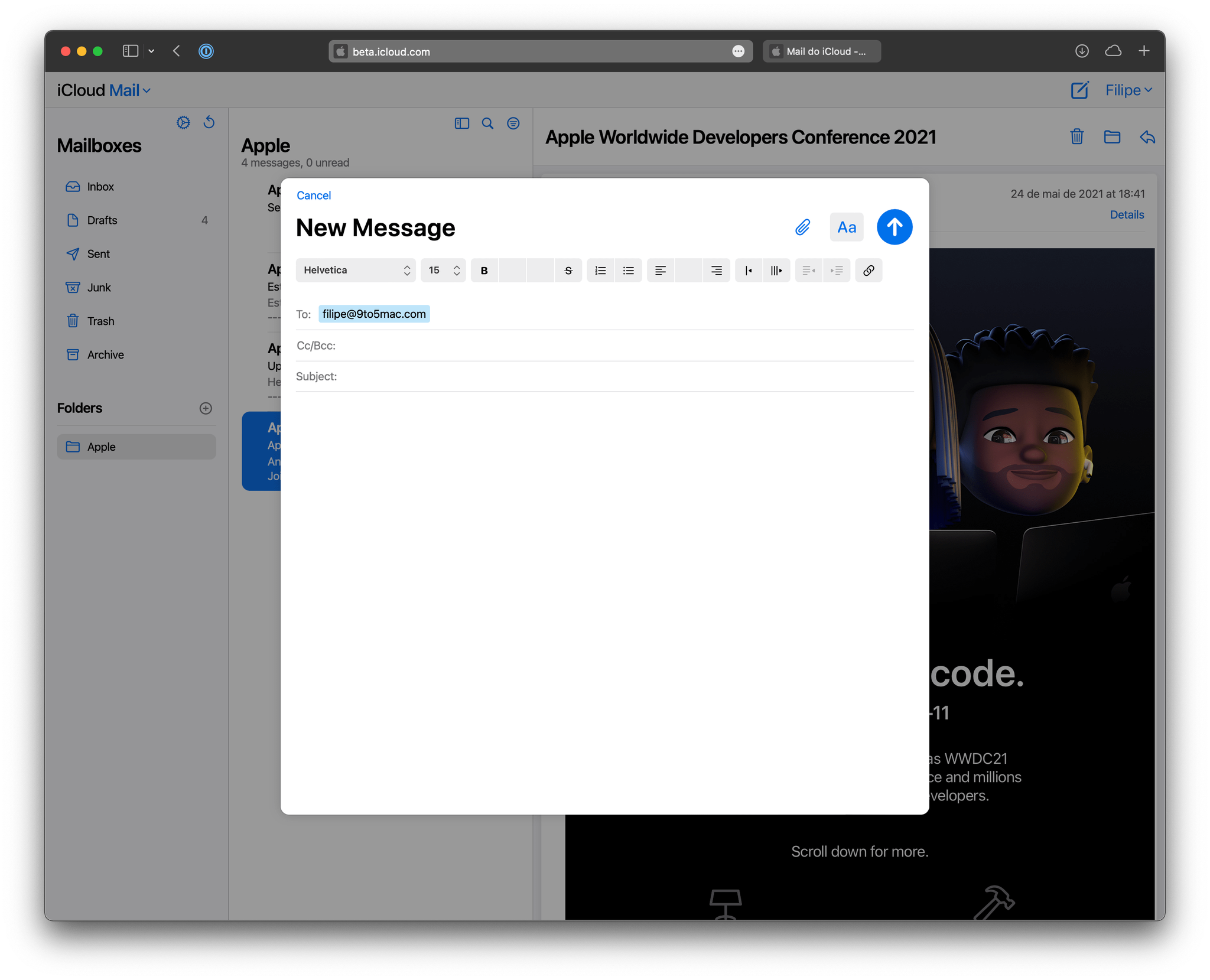 We don’t know when the new interface will replace the old one specifically, but it’s likely to be when Apple releases iOS 15, iPadOS 15, and macOS Monterey later this year.