The HTC One X+ is, all things considered, fairly sought-after for those seeking a powerful, non-Samsung new Android smartphone, and although we’ve seen tidbits of information with regards to the upcoming device, O2 UK has leaked the juicy details through one of its sales magazines.

According to an ad of HTC’s upcoming smartphone, the HTC One X+ will pack in 64GB of internal storage, an 8-megapixel camera described as “amazing”, a beefy 1.7 GHz quad-core processor, and of course, Beats Audio technology built-in. In addition, it will ship with 4.1 Jelly Bean as standard, so hopefully, Project Butter will be a contributing factor in making the One X+ the smoothest HTC Android experience to date.

The image next to the description (via GSMArena) shows the One X+ as looking almost identical to its predecessor – the One X. Additional leaked images, which arrived via Pocket-lint, detail some minor aesthetic tweaks to the back of the device, but those aside, it’s very much as you were in terms of design. 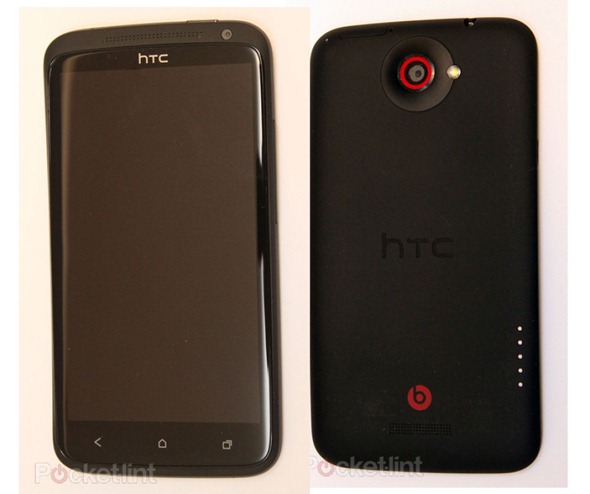 Offering up to 64GB of memory looks a good call, and although you’ve got your usual 25GB of Dropbox cloud space to play around with, the 32GB maximum offering of the original One X was simply too little for a high-end smartphone. The Lumia 920 might just get away with it for now, since it’ll be running a new and exciting platform, but the Taiwanese company’s decision to add memory to the One X+ will no doubt work in its favor. 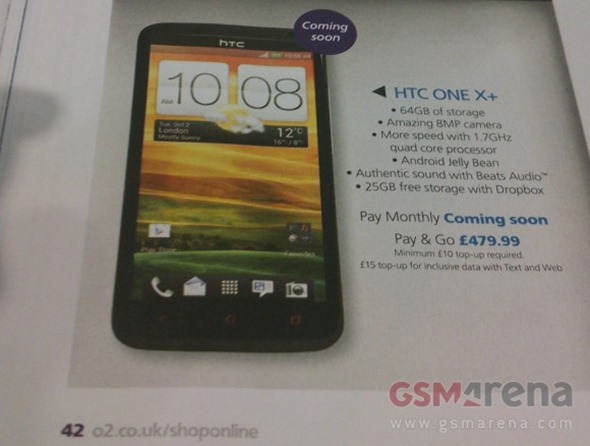 The processor has only been bumped up to 1.7 GHz from 1.5 GHz, but the introduction of Android Jelly Bean (4.1) should see things run a great deal better than they did on the One X. Considering it was an on paper powerhouse, the One X’s performance simply didn’t hit the heights with Ice Cream Sandwich, and the One X+ will arrive with a point or two to prove.

O2’s off-contract pricing of the device is £479.99, which works out at around $779, although it will likely be obtainable for free on a subsidized basis. In the US, T-Mobile will carry the smartphone, so if you live Stateside and are in the market for a new smartphone this Fall, the marginally-redesigned, marginally-upgraded One X+ should be one to consider.