Tim Cook’s open letter, published earlier in apology to the public for Apple’s shortcomings with the new Maps app of iOS 6, was certainly required to try and calm the storm which has built up over the past ten days. The letter itself wasn’t particularly surprising, but Cook and Apple’s decision to recommend other, rivaling apps for iPhone, iPad and iPod touch users to utilize until iOS Maps is sorted out, was a bit of an eyebrow raiser; and now the App Store echoes those recommendations made by the company’s CEO.

As well as simply holding its hands up, Apple has gone the whole hog, and for the many who will have missed the open letter, the App Store now includes its own section of recommended mapping apps, entitled “Find Maps For Your iPhone.” Ironically, finding an alternative seems a great deal easier than some are finding it to locate POIs on Apple’s Maps offering, and with so much pre-iOS 6 hype about the 3D and turn-by-turn capabilities of Apple’s first mainstream map service, this isn’t how it was supposed to be. 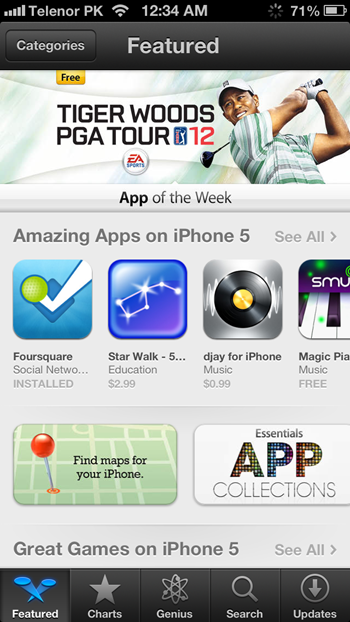 Among the apps touted by Apple as being suitable for the undefined interim period between now and whenever Maps for iOS is sorted out, are Waze Social GPS, FoveverMap, and Bing Get MeThere. With Apple and Microsoft having been the fiercest of rivals since the late seventies, Cook’s mention of Bing in his letter was seen as a sign of just how lost Apple is finding itself in the big, bad world of mapping, and now scores iOS device users will be using Microsoft’s software when travelling.

Personally, I would recommend using Google’s web-based service. You can save a bookmark icon of it on your home screen, and Mountain View-based Google has already promised the Maps web app will be getting a bunch of upgrades over the coming weeks. Indeed, iOS 6 users have become used to using Google’s offering over the years, and had Apple not been so desperate to ditch its Android-making rival, this current mess may never have come about in the first place. 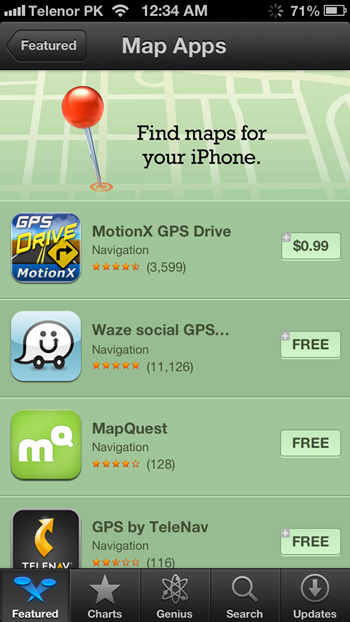 Apple’s Maps endeavors are in tatters, but Google is going from strength to strength, and when Google does finally bring Maps back to iOS via the App Store, you feel it could be game over for Apple’s own efforts.