Although it may have, regrettably, lost its place among Apple’s native iOS apps, Google has been working tirelessly in updating and improving its Maps service, which is one of the strongest and most polished services available. Since announcing a bunch of improvements back in June, including dramatic enhancements to the quality of 3D images, much work and development has been going on behind the scenes, and the next large update looks finally ready to roll out to consumers.

In an official announcement on the search company’s blog, it was revealed that brand-new, 45-degree imagery for 37 US cities would be arriving, with 14 further international locations also recognizing the work Google has put in. Vastly-improved high-resolution aerial imagery will present 17 cities in stunning visual quality, while high-res satellite imagery will begin rolling out to 112 countries and regions across the globe.

After June’s big announcement, some of the changes began bearing fruit as early on as July, and today’s announcement marks the second large wave of improvements brought to Google Maps.

iOS 6 users have been stumbling over each other to take a shot at Apple’s lackluster native Maps offering, one which displaced Google Maps for iPhone, iPad and iPod touch, and with CEO Tim Cook today making a humble apology to the 100+ million early adopters of his company’s new mapping system, Google has certainly found a perfect opportunity to showcase a significant advances in its own. 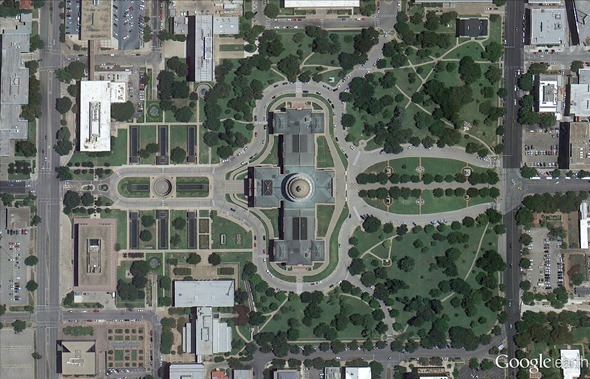 It’s important to note that most cities included in this latest update aren’t even your typical built-up areas, showing Google wants to reach out to as many consumers as possible, no matter where they may happen to live. With years and years of research, Apple was always going to struggle to displace Google in the Maps category, and the manner in which Apple seemed to think 3D Flyover and turn-by-turn were the long and shot of a mapping system suggests the Cupertino company may have grossly underestimated the competition.

Still, while many of us rue Apple’s mistakes, Google is pressing ahead with its already renowned Maps offering, and with the updates looking impressive to say the least, the Big G will likely continue to dominate this field for years to come.