How To Transform iOS 6 Into iOS 7 Beta Right Now! [VIDEO]

With the release of iOS 7 beta 1 having just occurred, the question that was posed to a huge number of iOS device owners was whether or not they should upgrade, and lose their jailbreak just to try the first beta of iOS 7. For those not aware, many of the features found in iOS 7 are accessible already via jailbreak, thus it seems almost foolish to update. For those people that rely on a jailbreak too much however, like myself, I have some good news! A few packages and tweaks have hit Cydia in the last few days which do a great job of emulating iOS 7 on a jailbroken device.

Of course replicating the core functionality of an iOS 7 device isn’t going to be possible, there are just too many differences. However for the most part, features and UI additions can be achieved through jailbreak tweaks and themes. 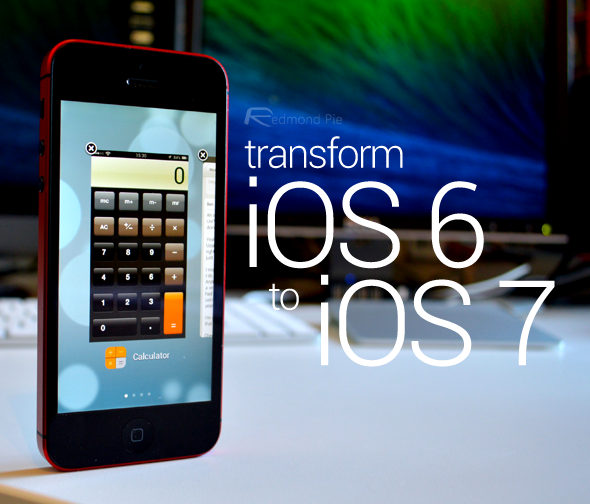 The video below will walk you through everything I have included to transform my iPhone 5 running jailbroken iOS 6, into an iOS 7 competitor.

Due to the nature of iOS 7, it’s pretty feature rich. For this reason, I’ve had to use quite a few tweaks and themes to accomplish the end product of this mini-project. A full list of Cydia packages, along with their prices and repos can be found below:

Following along with this tutorial is an excellent way to replicate many of the nuances found within iOS 7. If you’re stuck on iOS 6 because you don’t want to lose your jailbreak, or you just aren’t an Apple developer, this may be a great way to try out some of the basic features found within Apple’s new mobile operating system.