The news may be dominated by the hardware coming out of Apple, Microsoft and Sony right now but that doesn’t mean that we can’t get excited by software anymore, and that includes websites, social networking websites to be more precise.

Arguably the biggest website of the all is Mark Zuckerberg’s Facebook, and the planet’s most popular social network has today invited media to an event scheduled for June 20th at the company’s Menlo Park headquarters in California. During the event a new product will apparently be discussed.

Facebook sent its invites out  via snail mail rather than electronic form, with ABC News being the first to receive their invitation. In it, Facebook says that a small team has been working on a ‘big idea’ and that this idea will be on the agenda at the event.

That big idea is believed to be a new product of some sort, with a possible Google Reader clone on the horizon. A developer has allegedly found RSS related code on Facebook, but at this point we are very much in the realms of speculation. With Google Reader on its death bed and users on the lookout for an alternative, it’s not inconceivable that Facebook could be set to try and fill the void left by Google’s latest round of spring cleaning. 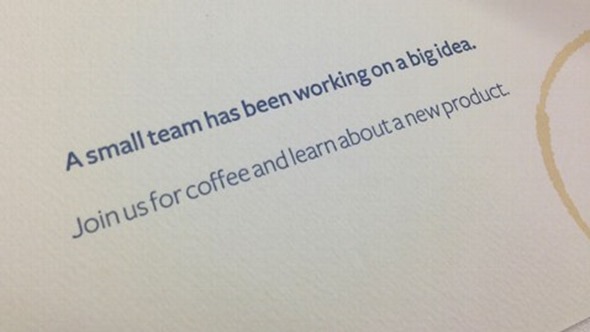 Facebook has been undergoing many changes of late, though most have revolved around the company trying to find a better way to monetize an increasingly mobile world. Facebook Home, an Android home launcher replacement was also the company’s first foray into the murky world of Android customization with an ill-fated partnership with HTC seeing the HTC First become a Facebook phone in all but name. There has been no suggestion that this product announcement will be on the same level as that, especially considering Facebook’s claim that the product has been worked on by a small team.

We’ll know more come the 20th of this month, and suspect one or two details may begin to leak out as time progresses. We’ll keep our ears to the ground and let you know should we find anything out before the event takes place.

But, what do you think the new big idea might be? Drop your thoughts in the comments section below.