How To Get Pixel Launcher Experience On iPhone

All the buzz in the world of Android phones is about the Pixel and Pixel XL handsets from Google, and rightly so. The new phones may have replaced the Nexus line of devices, but they are altogether more polished, more consumer friendly devices. If you’re on the lookout for a new Android phone, then you owe it to yourself to check the Pixels out, though that’s unlikely to be the kind of advise an iPhone owner is going to follow.

But what if you still want to get some of that Pixel goodness without having to ditch that iPhone you’re so attached to? Well, we might have an idea for you. 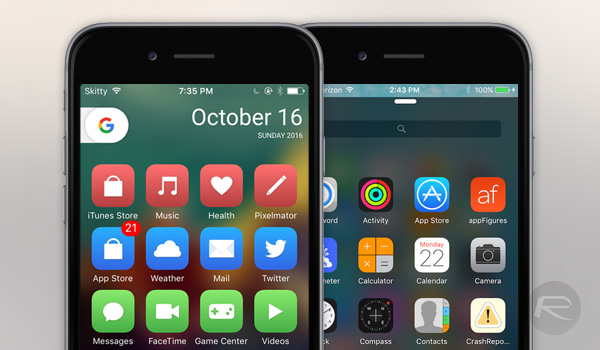 Jailbreaking has long been the best way to heavily customize how iOS looks and works, and that is the case today as much as it has ever been, so if getting some Pixel love is on the agenda, then you’re going to need to be jailbroken before we go any further. You are? Well then, now you’re going to need to install two tweaks before tasting a little bit of that Pixel loveliness on iOS.

The first of the two tweaks you’re going to want is the aptly named Pixel Launcher. Installable via Cydia and the ModMyi repo, Pixel Launcher brings the new Google search pill and data widget to the iOS Home screen. Tapping the Google logo initiates a search just as you might expect.

Install this, and we think you’ll immediately start to feel like you’re using something a little bit closer to a Pixel. 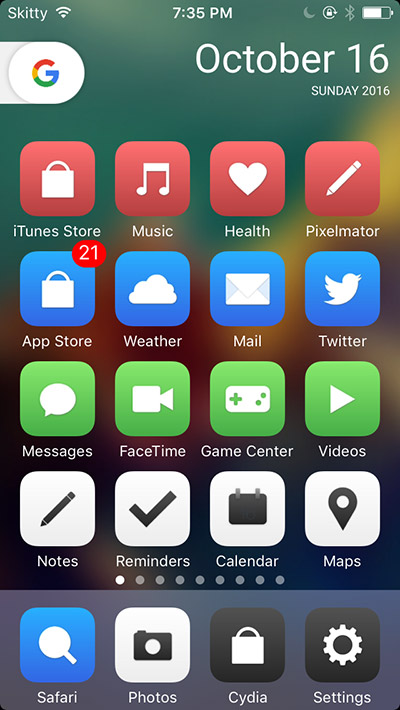 The second part of the equation is the Vinculum tweak, again available via Cydia and the ModMyi repo. With Vinculum installed, iOS users can take advantage of a vertical app drawer, which closely mimics that used on the Pixel devices running Android 7.1 Nougat. 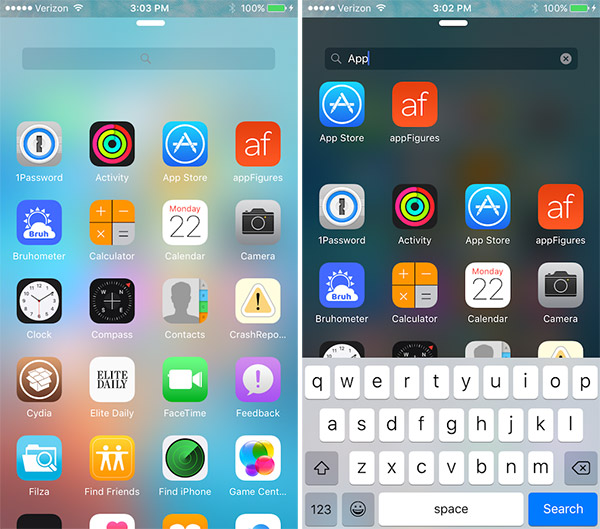 With these two tweaks installed, we’re pretty confident you’ll get at least some of the look and feel of a Google Pixel without having to buy one, If you’re an iPhone owner, that’s probably a pretty big deal – we doubt many of you will be picking up a real Pixel any time soon.