Google may have done an impressive job of presenting the Pixel and Pixel XL smartphones during its recent event, one which will undoubtedly garner the devices a great deal of early attention and interest, but if early benchmarks are to be trusted then it appears that Apple doesn’t have a great deal to worry about from a performance perspective. 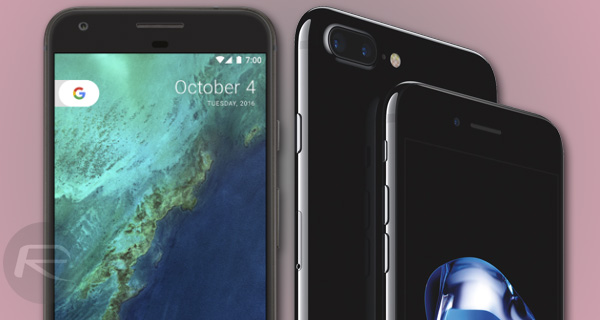 Early benchmarks from Geekbench 4 suggests that Apple’s iPhone 7 and iPhone 7 Plus easily beat the Pixel phones by Google on both single and multi-core tests, with even older Apple hardware like the iPhone SE and iPhone 6s outperforming the yet-to-be-released Google devices.

Google’s new hardware, which is being manufactured by HTC, maybe a good choice for some as it comes equipped with nice features from a hardware/software combination perspective, but then again for some, the real value is in how the device actually performs.

Benchmark tests generally show how good a device is at performing, and gives an indication at how the hardware will fare in the real-world situations. 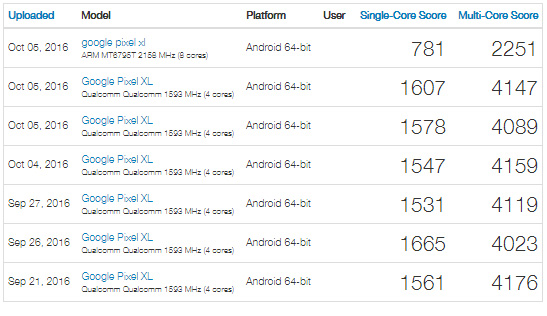 The interesting thing here is that Apple’s older hardware, such as the 2015 iPhone 6s and 2016 iPhone SE, also defeats the Pixel smartphones in single-core performance, indicating that Apple’s hardware in general has a more capable raw processing capability than Google’s newly announced flagships. 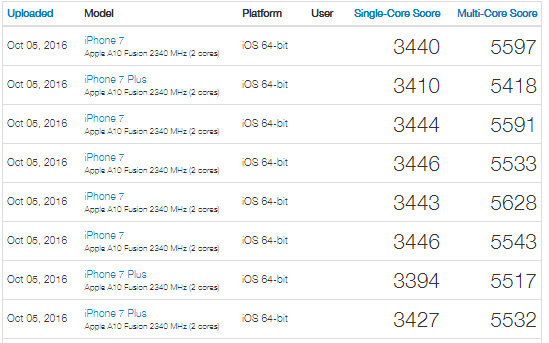 Both of Google’s new Pixel smartphones come equipped with a Qualcomm Snapdragon CPU of the 821 variety, with an accompanying 4GB of RAM. Apple’s latest iPhone 7 range ships with an Apple A10 Fusion SoC, complete with two high-performing cores, and two cores dedicated to efficiency, with 2GB RAM in iPhone 7 and 3GB RAM in 7 Plus.

This may not be an instant indicator of how the Pixel phones will perform in real-world, but it’s certainly a metric to take into account when ordering.

UPDATE x1: We now have a real-world speed test video comparison between Pixel and iPhone 7 Plus which not only confirms the benchmark difference between the two devices, but also the performance different between the two. Watch it here:

UPDATE x2: Here’s another test, putting memory management of both phones to test: