Benchmarks: iPhone 7 Faster Than Top Android Phones Of 2016, All MacBook Airs Ever

Apple tried to make a big deal about the new proprietary A10 Fusion chip that ships in iPhone 7 and iPhone 7 Plus, and understandably so. After all, Apple’s new smartphone is extremely fast, as outlined by the recently-revealed Geekbench scores when compared against leading Android handsets of 2016.

Well no surprises there but what if we told you that the latest iPhone manages to outpace all of Apple’s MacBook Air line of notebook computers as well? The iPhone 7’s Geekbench scores shows that the device not only smokes Samsung’s Galaxy S7 from a single-core score perspective, but that it also theoretically outperforms all of Apple’s MacBook Air models, and even comes close to the performance of a MacBook Pro. 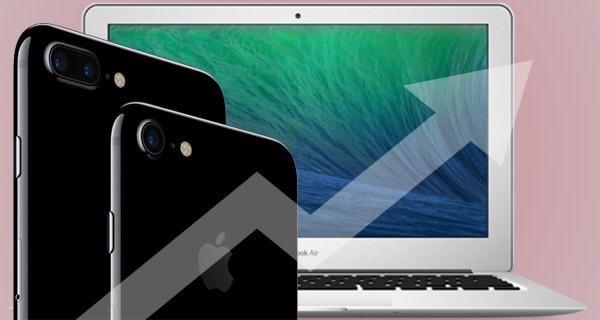 What’s very interesting is that the iPhone 7’s single-core score is an extremely impressive 3,450, almost twice as fast as the highest ranking Android-powered device, which is currently the Samsung Galaxy S7. This means that the iPhone 7 contains a chipset that is capable of producing 3x the performance of the iPhone 6, and actually outputs Geekbench scores that are better than any MacBook Air model ever made by Apple, both at single-core and multi-core level.

Even more impressive is how the iPhone 7 performs comparably with a 2013 MacBook Pro on both single and multi-core benchmarks. Looking at these scores initially outlines just how impressive the new iPhone 7 is from a performance and technical perspective.

It is made even more impressive by the fact that Geekbench has been working extremely hard in recent times to ensure that smartphone and laptop scores have more relevance to one another, rather than just being a meaningless comparison that doesn’t really tell us anything. Still, it is worth noting that it doesn’t necessarily mean that an iPhone 7 can execute tasks and handle processes and apps better than a full-fledged computer.

The Geekbench results tells us how capable a specific device is at performing tests designed to benchmark a device. What it doesn’t actually tell us is how capable the device is at performing real-world tests that users do on a daily basis, such as invoking apps and loading content, as well as more complex processes such as rendering documents and images to PDFs, or just browsing content on the Internet. There’s also a number of other variables at play, such as the speed of an internal SSD that can determine the performance of a device type.

With all of that said, the numbers speak for themselves and should give consumers confidence that Apple’s iPhone 7 is a powerhouse of a device that can more than hold its own in this saturated smartphone market.