Here are 15 key facts that you probably don’t know but should know about Google’s Pixel and Pixel XL flagship Android smartphones.

If you took a keen interested in Google’s recent Pixel event, then chances are that you must be wondering whether or not you need the new Pixel or Pixel XL smartphone in your life. If you are still undecided about it, and are wondering whether it’s worth getting it over, lets say, Samsung Galaxy S7, S7 Edge, Note 7 or even iPhone 7, then these 15 facts should help you make the right decision. 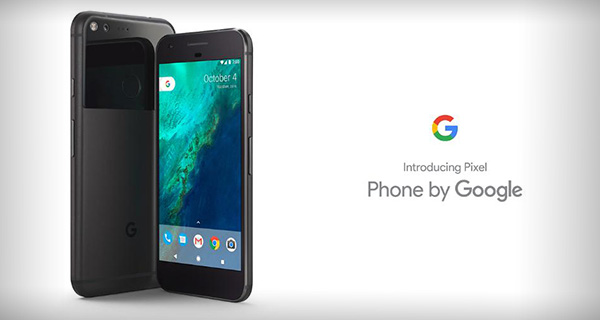 Google Assistant And Some Other Android Features Exclusive To Pixel

Pixel’s specs may not be earth shattering, and benchmarks may not be mind blowing, but when it comes to software, Google will make sure Pixel has the absolute best Android experience out there. What this means is that this will be the only Android phone in the world with Google Assistant, along with the new Android 7.1 home Launcher. There are also some other features like the Smart Storage, built-in phone and chat support, and more that will remain as exclusive features of Android for Pixel lineup and will not come to any other Android phone. You can find more details on this in our separate post here.

This is one smartphone that you aren’t going to want to put to the water resistance test. The likelihood is that you would be an unhappy consumer left with a beautiful, but entirely soaked through and useless smartphone. Pixel has an IP53 rating, which means it is protected from limited dust ingress and some slight water spray, so you’ve been warned. This is kinda disappointing given the competition from other 2016 flagship smartphones that it faces, such as the IP67 rated iPhone 7/7 Plus or the IP68 rated Galaxy S7/S7 Edge/Note 7.

This is a confusing design decision in our eyes. Instead of following the trend of other Android phones by putting in a microSD card slot, Google has opted Apple-like approach by making the device available with internal storage option only. As such, Pixel is only offered in 32GB and 128GB storage capacities with no way to expand the storage later as is possible on most other flagship Android smartphones.

The 5-inch Pixel packs a 2,770mAh cell while the 5.5-inch model is powered by a 3,450mAh battery. If you are one of those Android users who prefers a phone with a removable battery, then you may want to look elsewhere.

If you don’t have the greatest of signals, but still need to make an important phone call in locality to an accessible Wi-Fi network, then the good news is that the widely available Wi-Fi Calling feature will work regardless of whether you are using the Pixel phone on T-Mobile or Verizon carrier.

First To Get Latest Android Updates

This is probably something that is extremely important to Android users. Pixel not only runs Android 7.1 Nougat out-of-the-box, but it’s also guaranteed to benefit from the latest Android updates in the first instance before any other Android phone out there.

If the above is appealing and a definite positive, then it’s tinged with a little sadness in the fact that while Pixel may get Android updates first, but it will only get them for the first two years before the hardware is presumably left unsupported. Feels a little like they giveth one hand and taketh away with the other. A phone that starts from $649 should have a longer software support from Google in all honesty.

Probably not exactly what consumers want to hear, but if you purchase the Pixel directly from Verizon, rather than from Google itself, it will come pre-loaded with a ton of bloatware apps that you probably don’t want, and most definitely won’t use or benefit from.

This may not initially sound like either a negative or a positive if you aren’t technically au fait, but it basically means that Verizon versions of the Pixel won’t have access to root, which in turn means there’s no possibility to install custom firmware. So if you are planning to get Pixel and love tinkering with custom firmwares and what not, you may want to get it directly from Google instead of Verizon.

Google describes Project Fi as a program “to deliver a fast, easy wireless experience in close partnership with leading carriers, hardware makers, and our users”, and it’s clearly defining itself as hardware maker by making sure that Pixel is compatible with the Project Fi experience.

Yes, believe it or not, thanks to Apple removing the headphone port from the iPhone 7, actually having a 3.5mm port on a new device is now classified as a feature. It was once upon a time an expectation, but times are changing.

Yes, Google did show a demo at the event showcasing how stable the videos shot using Pixel were. While that maybe true, it is worth knowing that the phones actually don’t come equipped with real OIS (Optical Image Stabilization) onboard for the camera. Google is instead using the gyroscope and software trickery to make the videos as stable as possible.

While both the Pixel phones support fast charging, what they are both missing though is a feature which is easily found in most top of the line Android smartphones of 2016. Wireless charging. Yes, the Pixel phones don’t charge wirelessly.

This is a big one! And it becomes especially important when you consider that the phones do not offer expandable storage, and even more important if you’re planning on grabbing a 32GB version.