Some iPhone 7 and iPhone 6s users are facing Activation Lock problems. Here are the details on this issue.

Apple’s new iPhone 7 hardware may be stunning to look at, and it may have resonated extremely well with consumers looking to be at the cutting-edge of smartphone technology, but that doesn’t mean that it isn’t without its issues. Reportedly, it does seem that a growing number of users are suffering from a rather annoying “Activation Lock” error that prevents access to the device altogether. 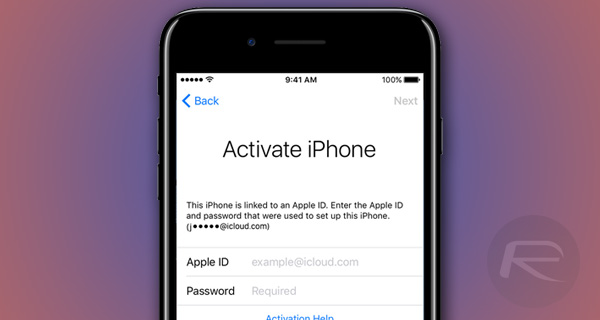 Receiving an error message that says “Activation Lock” is concerning enough, but then there’s also the fact that it actually prevents the device from being activated, and therefore from actually being accessed or interacted with by the user.

Rather than going through a simple process of inputting details and gaining access to the iPhone like they would expect, some users are finding that their brand new precious device is locked to another person’s Apple ID, and therefore cannot be changed without actually going through a device replacement process, as outlined by one user, or having Activation Lock disabled by getting in touch with Apple Support and proving that you’re the rightful owner of the device:

Just received my brand new 256GB Jet Black iPhone 7 Plus. Looks immaculate, screen is perfect, machining all fine… Only problem is, it appears someone has already used it as the iPhone is asking for the account used to activate it – ____@icloud.com. Apple says it needs replacing, now got to wait for an expedited replacement iPhone once I’ve returned this one.

Not exactly a great experience or first impression of the iPhone 7, and what’s worse is that the issue is also being experienced on older iPhone 6s model. 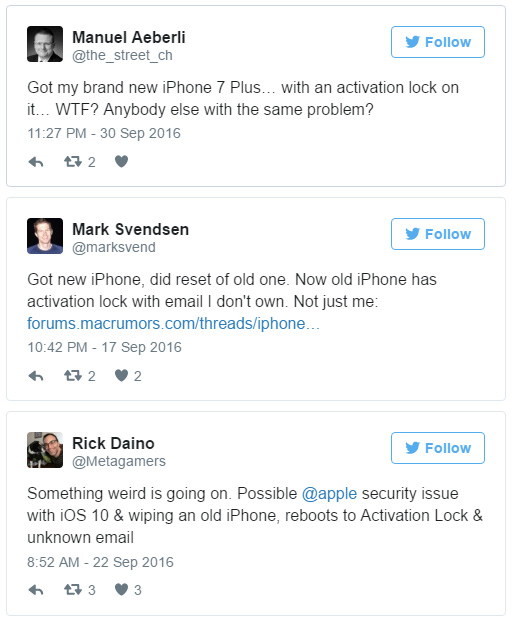 The Activation Lock feature itself is known to Apple and users. It’s basically a security feature that is built into iOS devices to prevent a lost or stolen device from being signed into via a secondary Apple ID that has no right or claim to the hardware. But it’s only deemed a feature when it’s actually working properly.

Given the fact that Apple has replied on case-by-case basis with the advice to replace the hardware, it’s evident that the Cupertino-based company is aware of the problem. With that said, being aware and actually issuing a statement clarifying the problem appear to be two different things.