The United States Consumer Product Safety Commission has stated that it is “moving expeditiously” to progress an investigation into the latest Galaxy Note 7 replacement unit to have caught fire, this time on Southwest Airlines flight.

An emailed statement from CPSC Chairman, Elliot F. Kaye, indicates that all passengers on the Southwest plane were able to leave the flight unharmed, but also reiterated that all owners of replacement Note 7 should keep the devices powered down in an attempt to minimize the risk that Samsung’s smartphone may pose until the investigation is complete. 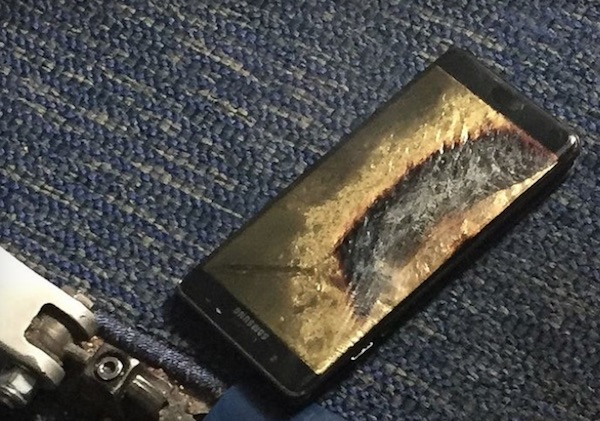 CPSC is moving expeditiously to investigate this incident. Thankfully, reports indicate that all of the passengers were able to make it off the plane without harm. Agency staff has already reached out to the FAA and Samsung to gather the facts about the incident.

In addition to the Consumer Product Safety Commission running its own investigation into the incident, it seems, as you might imagine, that the Federal Aviation Authority is also investigating the problem in order to ascertain the facts with a view to ensuring that this type of problem doesn’t occur on any additional flights. The Galaxy Note 7 in question was a replacement device issued as part of Samsung’s recall, and began smoking heavily on the Boeing 737 even though it was powered down at the request of the flight attendants.

The spontaneous smoking of the hardware resulted in passengers being immediately evacuated from the aircraft safely into the terminal, and the flight, which was schedule to fly from Louisville to Baltimore, being canceled entirely.

Most consumers already know that Samsung has faced huge issues with the Galaxy Note 7, but the most concerning aspect of this whole incident is that the Note 7 in this particular instance had already been replaced by the Korean company with supposedly fixed battery, and was presumably deemed to be “safe.”

The nightmare scenario for Samsung is that the company actually ends up having to recall already recalled devices, or worst case, actually has to discontinue the Galaxy Note 7 line altogether if it’s deemed financially and morally inappropriate to keep issuing devices that continue to have these very serious safety issues.