Hissgate? Some iPhone 7 and iPhone 7 Plus units have allegedly been found to make hissing sound when put under heavy processing load. Here are the details.

The iPhone 7 and iPhone 7 Plus have been available for almost three full days now and initial reports from both the critics and customers have been good, and as with all iPhone launches demand has outstripped supply in a big way with shipping estimates for all models stretching farther than any prospective iPhone owner would like. 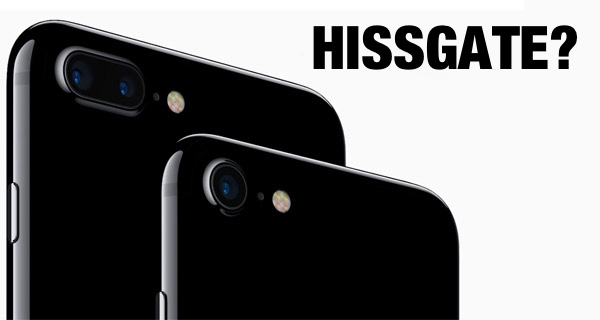 Unfortunately, that isn’t the only iPhone release tradition that has been kept alive it seems, with the new iPhone models following in the footsteps of iPhones that came before them by having some sort of “gate” issue (Antennagate, Bendgate, Chipgate etc.) at launch.

Apple may have thought that it had managed to head such a controversy off at the pass by telling customers in advance that the Jet Black iPhone would potentially scratch easily, but it turns out the furore isn’t actually about such scratches as we might have predicted, but instead something we could never have guessed. Some of the new iPhones are, we’re told, hissing.

The reports, which started on social media, state that some iPhone 7 and iPhone 7 Plus handsets, along with their new A10 chips, tend to make a hissing sound when they are being taxed by, say, a game. The sound is best described as white noise, and while such a thing is great for getting a baby to sleep, it’s not what you want from your brand new iPhone.

While it’s not yet been confirmed just what is causing the noise, the A10 chip is at the top of the list amongst those speculating. We don’t know as yet whether it’s a defect, or if it’s normal to hear that from A10 Fusion chip of Apple.

Apple for its part has told the couple of iPhone owners who contacted the company about this to take their handsets in to Apple Stores for a replacement, but that’s not always easy at this point in September with almost no iPhone 7 and iPhone 7 Plus stock immediately available for a replacement. If your iPhone does make such a noise though, we suggest getting hold of Apple and taking their lead.

If you own an iPhone 7 or iPhone 7 Plus and have noticed a sound similar to the one heard in the videos embedded above, let us know in the comments section below.