Pokemon Go++ hack for iOS version 1.9.0 and Android version 0.39.0 is available to download now. Here are the details.

Sit up and take notice Pokemon Trainers, you can now invest your time in downloading the latest Pokemon Go++ hack 1.9.0 IPA for iOS and 0.39.0 for Android. Not only will this bring a whole heap of additional features that aren’t in the official version of the game, but that are augmented alongside the latest changes added by Niantic, there’s also no jailbreak or access to root required whatsoever.

Chances are, given the fact that Pokemon Go has been available for a number of months now, that you’re already a critter catching convert who uses every spare moment of time to browse the local area in augmented reality in the hope of catching a new Pokemon that doesn’t already sit in your Pokedex. And if not, then it’s only a matter of time until the lure of Pokemon Go pulls you in and turns you into a catching fanatic. Either way, if you’re looking for a way to improve the Pokemon Go experience, then downloading and installing the latest modified version will do just that.

The latest version of the smash hit title, released by Niantic Labs to take the iOS version to 1.9.0, and the Android version to 0.39.0, introduced the usual bug fixes and stability enhancements that we come to expect, along with the fixing of a number of visual niggles.

Niantic also took the opportunity to continue improving support for the Pokemon Go Plus wearable, meaning that owners will now be alerted whenever a Pokemon or PokeStop is in reach, as well as giving owners the chance to actually catch whatever critter has shown up when using an Incense item. The actual Pokemon information page has also been updated in the latest version to show the capture location of each creature. 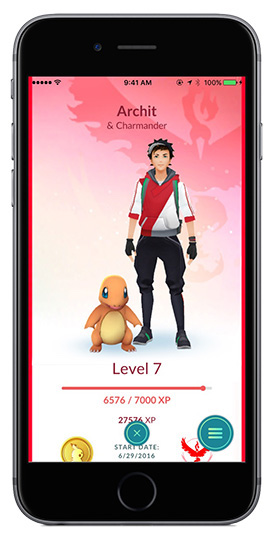 All great features and additions that make Pokemon Go an evolving title, but it’s an even better title when you throw in the unofficial modifications that are available via this latest Pokemon Go hack. If you are tired of having to walk to different locations by actually having to use your legs to hatch eggs or see what new Pokemon are dotted around, then you can bypass that with this hacked version, plus introduce many more features.

If you are an Android device owner looking to experience the highs of a modified version of Pokemon Go, then you can visit our previous guide on installing the hacked version of the game with no root required as it applies to this new version as well. Just make sure you use the latest version 0.39.0 version of Pokemon Go from the Play Store.

iOS device owners can also go through the same process, but by visiting our previous guide without jailbreak here. Of course, make sure you download and use the hacked 1.9.0 version of the IPA file from below when following the instructions in the guide linked above.