Here’s how to download and install Pokemon Go++ hacked version IPA file on your iPhone without jailbreak.

It’s probably fair to say that a lot of new users have made their way into the jailbreak world with the latest iOS 9.2-9.3.3 jailbreak purely on the back of the release of the fantastic Pokemon Go by Niantic. Rather than having to play the game the way the developers intended, many iPhone and iPad owners have wanted to enjoy tweaks that bring additional capabilities into the game, such as being able to tap on the screen to walk to new locations right from the comfort of their couch at home.

Thankfully, with the help of Cydia Impactor, it’s now possible to actually have that functionality without needing to be jailbroken by sideloading a custom hacked version of the latest v1.3.1 of Pokemon Go app (which is also known as Pokemon Go++) for iOS with all of the cheats enabled in the app. Let’s look at how.

Warning: Pokemon Go is a server-side game, meaning that a lot of the game functionality is served to devices remotely via Niantic’s servers. This is why it went down and was unresponsive a lot as the servers were being prepared to handle new users. It also means that the company has the ability to detect an account as using a hack like this and potentially block/ban that account from the game. Take that into account before proceeding.

Step 1: First up, if you have an older version of Pokemon Go installed on your device, then you will need to delete it from the device.

Step 2: Download Cydia Impactor from cydiaimpactor.com if you don’t already have it. This is a tool that allows IPA files to be signed as official and sideloaded onto a device.

Step 3: Download the IPA file for the hacked version of Pokemon Go 1.3.1 for iOS from here.

Step 4: Connect the iPhone, iPad or iPod touch to your Mac or PC via USB.

Step 6: When requested, enter the email address and password of a valid Apple ID to proceed. It’s important to note that these need to be the account details of an active, valid Apple account. We’d suggest using a burner ID, just in case.

Step 7: When presented with an “Apple Developer Warning,” click OK to proceed. 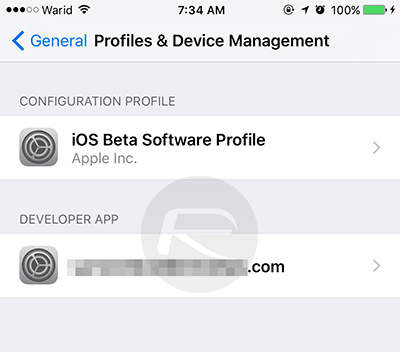 Step 9: Under the Apple ID used to sign the IPA files, tap on the Trust “[Apple ID]” option, and then tap Trust again in the popup. 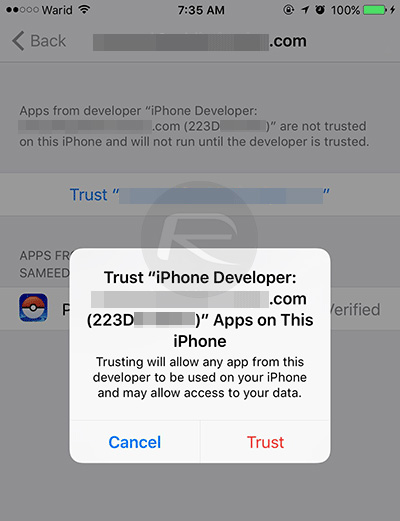 Step 10: The app should now be verified, and will launch at will.

And that’s all that she wrote. As long as Location Services are turned on for the newly installed app via Settings > Privacy, you should be able to launch and play Pokemon Go as normal, but with the addition of a additional cheat tweaks that makes the game a lot easier.