Getting Pokémon Go “Our Servers Are Humbled By Your Incredible Response” Error? Check Server Status

Niantic Labs’ Pokémon Go doesn’t really need any introduction at this stage. The augmented reality game has managed to cause such a worldwide stir over the last few weeks that it’s pretty much become a household name, regardless of if you play it or not.

And let’s be honest here, the statistics seem to suggest that there’s a huge number of gamers around the world chasing those Pokémon down. But what happens when you can’t access the game with the error “Our servers are humbled by your incredible response. We are working to resolve the issue. Please try again soon!”? Have Pokémon servers really crashed due to an outage or overload, or is it a problem with your Internet connection?

Sometimes it’s difficult to distinguish, which is why New York-based Datadog has published a website designed to let gamers know if the servers at Niantic Labs are up or down. And yes; that is a real page offering a real service.

We’ve already seen a number of enterprising developers take the opportunity to capitalize on the worldwide success of Pokémon Go by building apps that not only show the locations of PokéStops and Gyms based on crowdsourced information, but also try to pinpoint rare and uncommon Pokémon by using other user’s information. Datadog is probably getting in amongst the hype for the same reason with a web service that instantly tells disgruntled public whether or not the reason they can’t access Pokémon Go is due to server outage, downtime or their own Internet connection.

Rather than having an uber sophisticated method of checking server status, or having an inside man who can instantly inform of issues, the Datadog Pokémon Go status website falls back to more rudimentary methods. The site itself runs a script that attempts to log in to the Pokémon Go app using a Pokémon Trainer account every 30 seconds. If the log in attempt takes 15 seconds or longer to process, then the website treats that as indicative of an outage about to occur. 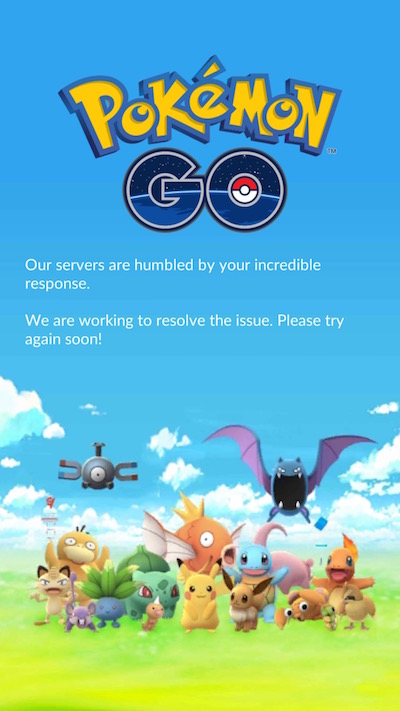 It’s a clear sign that the servers are being hammered, meaning that some downtime is probably on the cards. 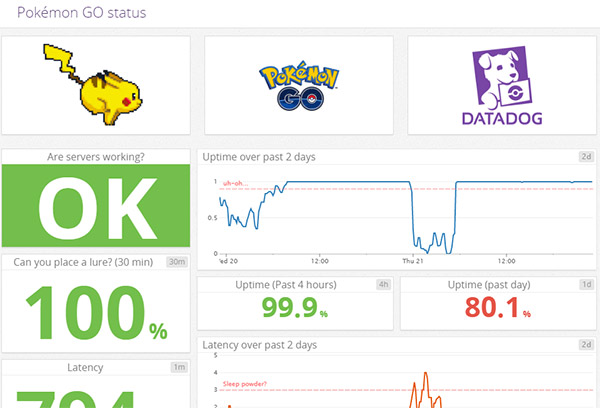 If Pokémon Go has taken over your life, and you simply can’t get through the day without hunting down those rare Pokémon and capturing them in an array of Poké Balls, then IsPokemonGoDownOrNot.com could probably become of the most important websites in your life for the foreseeable future. If everything is up and running for you with issue, then it’s probably also worth a visit just to see a running Pikachu.

Alternatively, there’s also a dedicated iPhone app now available that can do this job. Called Poke Server Status Check, it is available to download for free from the App Store right now. 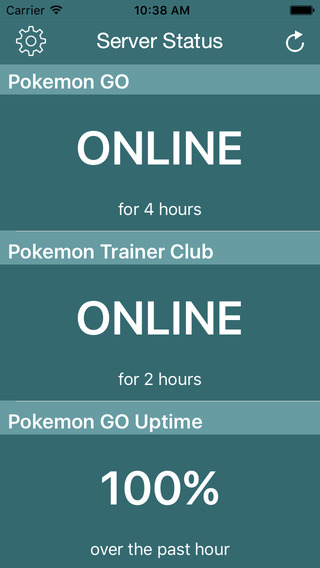