Santa Clara County police are today hunting three people who are accused of burgling one of Apple’s Cupertino sites.

The search, which is taking place in and around the San Jose neighborhood of Cambrian Park, has already resulted in the apprehension of one man who was caught after trying to flee the scene. According to local ABC7 News, the attempted burglary took place at one of Apple’s buildings, which is located at Bubb Road and Results Way. 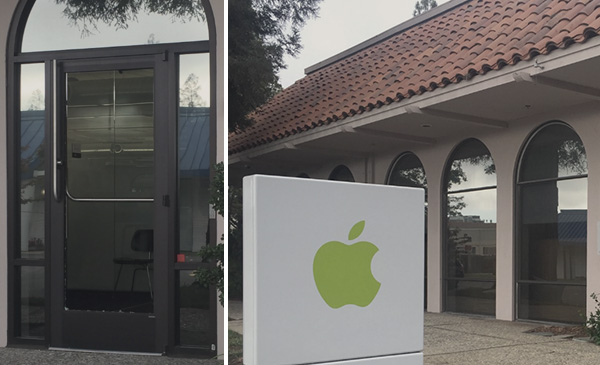 It is currently unclear whether the people were able to actually gain entry to the said Apple building, and if so, whether they were able to take anything from there, but local police are said to be carrying out door-to-door enquiries in the area in an attempt to gather information and any witness accounts that may be available. A broken window was discovered at the scene.

“The second deputy on the scene was actually able to see the suspects flee on foot. So we able to see which directions the suspects were going,” said James Jensen, Santa Clara County sheriff’s office.

Reports claim that the man who was arrested was only caught because he attempted to hide in a local Starbucks, only to become the master of his own downfall.

A Starbucks employee said the man ran inside and tried to get in the bathroom, but didn’t have the code. Law enforcement arrested him shortly after.

While one suspect has been apprehended, those who did manage to evade police are said to have done so by driving off in a car rather than taking their chances on foot. Reports that the car in question was a self-driving “Apple Car” have been met with steely silence by Apple’s PR team.