The big news of the last day or two has been the release of the Google Pixel smartphone. Taking the place of the Nexus brand, Pixel is now the best of Android without any of the cruft that third-parties like carriers and phone makers add into the mix, and that makes Pixel the perfect competition for Apple’s iPhone. Or, at least, it makes it the perfect comparison smartphone when going up against Apple’s latest and greatest devices. 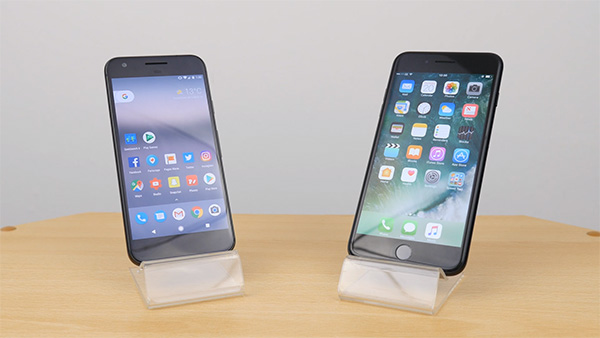 So, with the Pixel now a couple of days old, it should perhaps not be surprising at all to learn that one YouTuber has already taken the time to pick up a Google Pixel and then run a suite of apps by way of a comparison in performance across the two devices.

The video runs for about eight minutes, so if you really want to dive deep into which of the two perform better during the test, then you can do just that by watching the video embedded below. Based on our own run-through of the video, though, we have to admit that the Pixel exhibits impressive performance when compared to an iPhone 7 Plus that is no slouch at all.

The test consists of loading apps, one by one and in order, until the YouTuber declares a winner. Plenty of smartphones have been tested in this way over the years, and while far from scientific, having a suite of apps that can be launched so as to force Android or iOS to reload them rather than loading from memory isn’t the worst idea in the world.

So, from this video, the Google Pixel sure knows how to stand its ground against the iPhone. It does get blown away when it comes to gaming and pure benchmarks, and overall too iPhone 7 Plus generally seems to be more faster than Pixel, but it does show that Google can now go toe-to-toe with Apple’s iPhone team, and that’s not been a given before now.