Hot Deal: 128GB SanDisk iXpand Base For iPhone Is Down To $69.99 Today, Charges And Backs Up Photos + Videos

Get a cool $10 discount on the 128GB SanDisk iXpand Base that lets you backup your photos and charge up at the same time.

With iPhone cameras having now reached the point where they are more than capable of taking some very impressive shots, it’s fairly common for the smartphone to be someone’s main, if not only camera. That means you’re probably taking hundreds or thousands of photos on your iPhone, and if you don’t want to run the risk of ever losing them, you need some sort of backup solution. Apple offers iCloud storage for such things, but that’s not necessarily the way some people like to go. What we need is a local solution that just works without the user needing to remember to do anything. That’s exactly what the SanDisk iXpand Base does, and it’s super clever.

Coming in a range of 64GB, 128GB, and 256GB models, with the 128GB version on sale right now, the iXpand Base is a local storage device that automatically backs up an iPhone when it is plugged into it. The SanDisk device also charges the iPhone at the same time, so the plan is that you simply use this thing to charge your iPhone every night and the backups take care of themselves. Things don’t get any more simple than that. 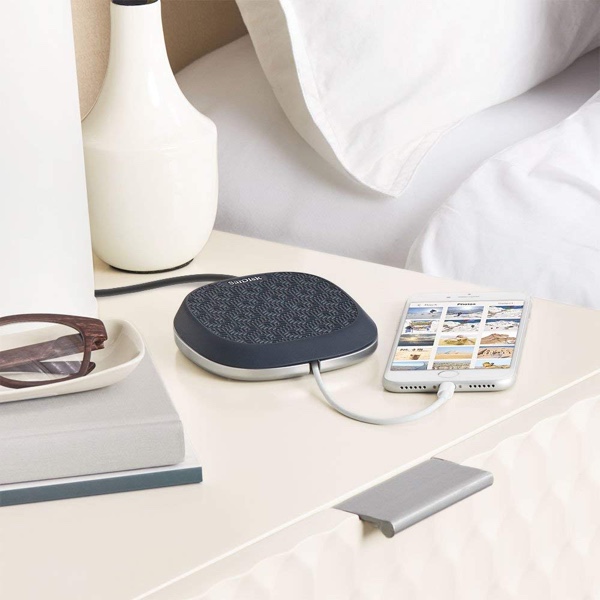 SanDisk’s charger is rated for 15W so it will charge your iPhone nice and quickly, and it works just fine with any iPhone with a Lightning port running iOS 10 or later. As for the backups themselves, they include any photos and videos taken as well as a user’s contacts, should that be something that isn’t already handled elsewhere.