Apple has today seeded for download iOS 12.1.1 beta 2 IPSW links and OTA update to those registered on the company’s Developer Program.

The release shows that Apple, once again, is investing time and resource into the development of iOS, with this latest pre-release seed available with immediate effect. 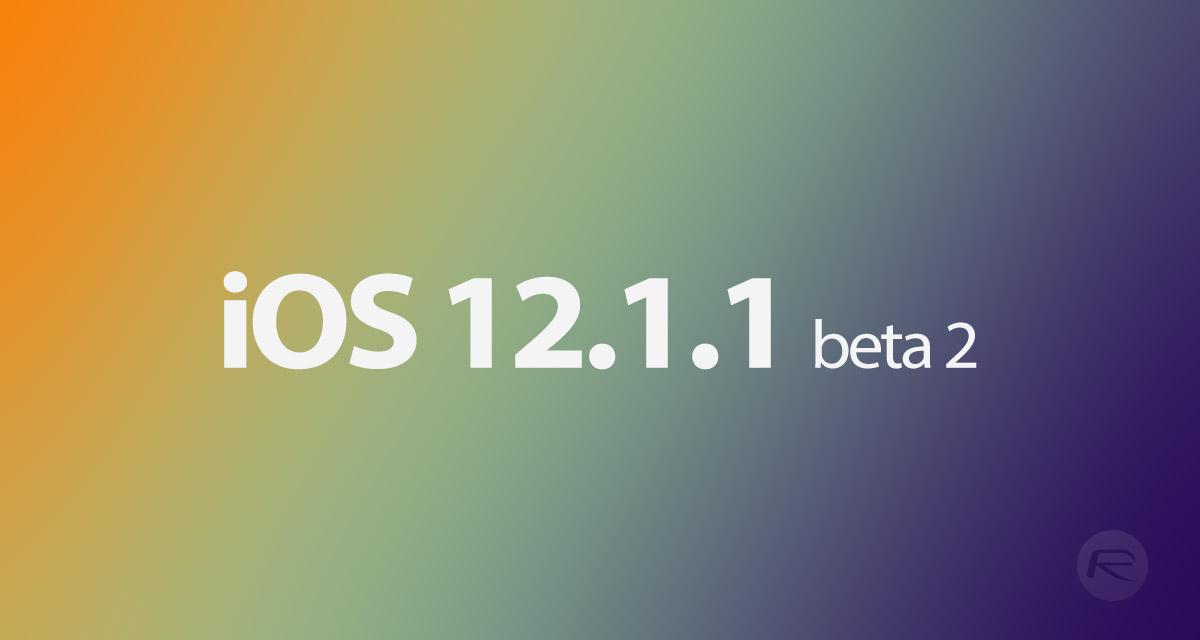 Apple’s iOS 12 platform is really moving fast. We’ve had the maiden release of iOS 12, followed by iOS 12.0.1, the public release of iOS 12.1 – which was a semi-major update complete with new functionality such as Group FaceTime. iOS 12.1 also introduced bug fixes for a camera smoothing issue when using iPhone XS, iPhone XS Max, and iPhone XR. Apple also used the release to fix LTE connectivity problems on its latest smartphone hardware. Additionally, iPhone X, iPhone 8, and iPhone 8 Plus owners were also able to re-engage with battery-related performance management functionality which had previously been available on iPhone 6-7 Plus..

And wow we are onto the second pre-release seed of iOS 12.1.1, which is predominantly a bug fix and patch release. The fact that it is denoted as a 12.1.x and not 12.2, gives away everything that we need to know about it being fairly minor in scale and importance. In terms of what’s on offer, this latest pre-release seed also look to continue the development of a new feature which was introduced in iOS 12.1.1 beta 1 allowing FaceTime users to capture a Live Photo when a FaceTime session is in process. This also includes a new user-interface setup that addresses the horrendous FaceTime UX issues that shipped with iOS 12.

Those who are registered on Apple’s Developer Program, and who have a compatible iPhone, iPad, or iPod touch, can download the second beta seed of iOS 12.1.1 right now directly as an IPSW link from Apple’s developer portal over at developer.apple.com.

Alternatively, if you prefer a direct installation without any fuss, then iOS 12.1.1 beta 2 can be downloaded and installed as an over-the-air OTA update on the proviso that the relevant beta configuration profile is already installed to the device. Once you have that installed, make sure to sound of regularly to Apple to ensure that any bugs, defects, or other issues are reported so that they can be logged and fixed for the benefit of all device owners.