Here’s A Macintosh With A Touch Screen, Powered By An iPad

Plenty of manufacturers are taking the opportunity to make laptops and notebooks with touchscreens. Apple doesn’t seem to be one of them. In fact, quite the opposite as Apple looks to be taking the iPad on a progressive journey to replace laptops.

However, if you do want an Apple-branded touchscreen-based Mac, then how about this retro Macintosh Plus with an iPad mini thrust into the case? 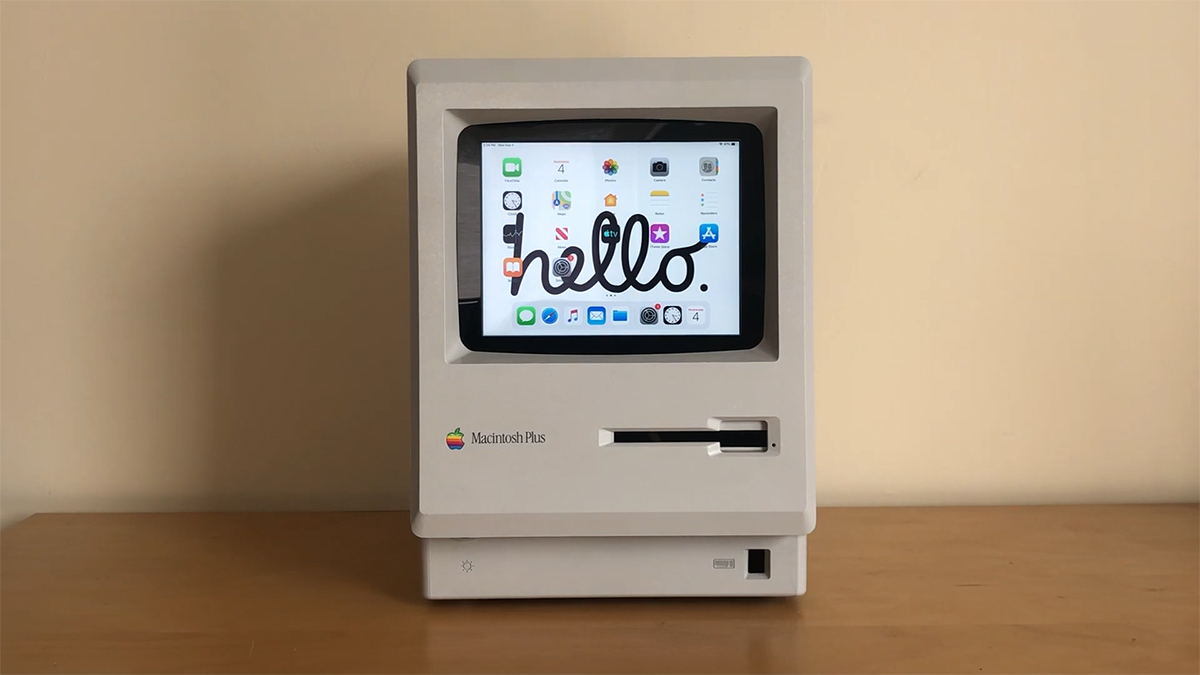 Granted, this not a true touchscreen Mac. It doesn’t run macOS and give native, purpose-built access to a touchscreen built specifically for the Mac. What it actually happens to be is one person’s attempt to fusing the old with the new and probably causing a few of Apple’s old-guard to have a bit of a flutter when they see it.

Alas, this is not something that is going to go into production for all of those retro Apple fans out there who want to fuse the old and new together. Instead, it’s a bastardization of two products by Travis DeRose who has managed to find a way of mounting an iPad mini into a Macintosh Plus case, and, as an interesting side note, the same trick will actually work with any older Macintosh that uses the same chassis.

Once it is mounted – the creator then had to do a little work to ensure that the iPad could receive power and that the device could be turned on and unlocked as the chassis instantly prevents physical access to the Home and Sleep/Wake buttons on the iPad. Thankfully, if you have all of the kits, or are willing to invest in the kit in order to make this little project a reality, then Travis DeRose has actually pulled together a post and video on the process to show you exactly how you can achieve the same result.

This could be a great little time-killer for the old-school Apple fan who finds themselves quarantined or isolated and in need of keeping their hands and their brain occupied! Check out the post and the guide from the creator, here. What say you? Is this something that you’d like to have in your collection, or should the old and the new be left totally separated?