Google has today updated its ageing Google Voice app on iOS, Android and web to better reflect the design language of its modern apps, with Google Voice perhaps the last to be updated to bring it up to speed.

The app, and indeed the service, had been in dire need of some care and attention, which, thankfully, it received today. In a post to the Google blog, Jan Jedrzejowicz, product manager for Google Voice, outlined the changes made to the service on the web as well as both the Android and iOS apps. 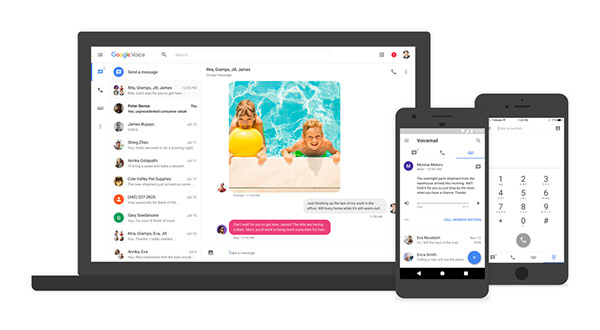 The most obvious change is in the design language, with the newly updated Google Voice offerings more closely resembling other Google properties such as Hangouts. All messages are now threaded, and there is also the inclusion of text-based messaging without the need for Hangouts to be installed as well.

Users can now send text messages within groups without having to leave the Google Voice app to do it. Support for photo MMS has also arrived across all Google Voice platforms.

The first thing you’ll notice about the updated Google Voice apps is a cleaner, more intuitive design that keeps everything organized. Your inbox now has separate tabs for text messages, calls and voicemails. Conversations stay in one continuous thread, so you can easily see all your messages from each of your contacts in one place. We’ve upgraded the messaging experience with support for group and photo MMS as well as in-notification replies. And we’re starting to introduce voicemail transcription for Spanish and will improve accuracy over time. 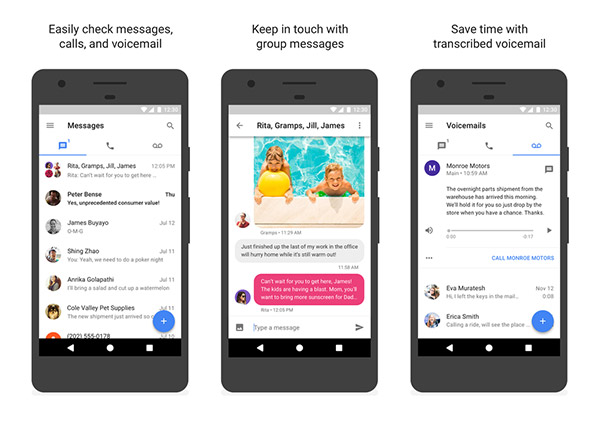 Don’t worry though, Google Voice’s core competency is still front and center, and the voicemail aspect of the service has now also received a lick of paint. For example, the voice-to-text translation of voicemail messages has been updated to support Spanish, which rids Google of one oversight that took far too long to be rectified.

Google says that it has started to roll the updates out today, but it will take a few weeks before everything is live for everybody both on the web and the Google Voice backend.