The next-gen HTC One is scheduled to be announced by the Taiwanese company later on today, and in anticipation of the launch, some of the new Sense 6 apps have just been released to the Google Play Store. Further details can be seen right after the break!

Throughout the Android ecosystem, OEMs like HTC tend to pre-install their own batch of software and features, designed to enhance the overall user experience as well as create a familiar flavor of Google’s mobile platform that a user will want to return to when upgrading. With Samsung, it’s TouchWiz, and in the case of HTC, the Sense launcher has seen many improvements over the past few generations. 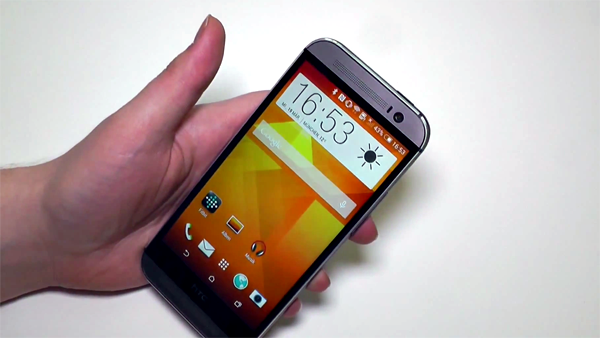 Last year’s Sense 5, which arrived alongside the HTC One, offered arguably some of the biggest changes to date, and as well as UI overhaul, introduced BlinkFeed into play. Simply put, this feature offered a one-stop timeline relating to news, blogs, social networking and other such information, and even though not all users have been convinced of its usefulness, it’s back to fight another day with Sense 6.

With the release of HTC’s new flagship device imminent, the Sense 6 apps have begun popping up on the Google Play Store. As well as the aforementioned BlinkFeed, which benefits from a refined user interface as well as a myriad of other touch-ups, you can also now get HTC Service Pack and HTC SenseTV. 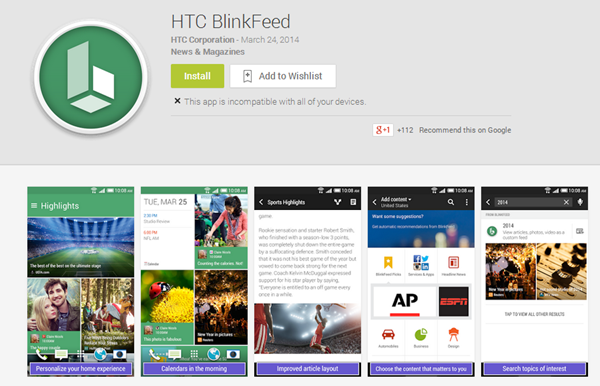 The HTC Service Pack, as you might imagine, consists of those under-the-hood fixes and tweaks that, while not immediately noticeable, may deliver improved fluidity in day-to-day performance. As HTC itself notes, the Service Pack “helps make your HTC experience more reliable,” and although it’s not as glamorous as the likes of BlinkFeed, will still serve as an essential download. 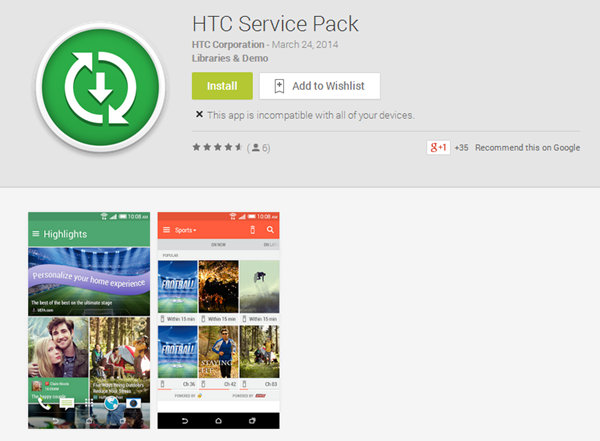 Like BlinkFeed, the SenseTV app has also been given a visual update, as well one or two nifty new features. 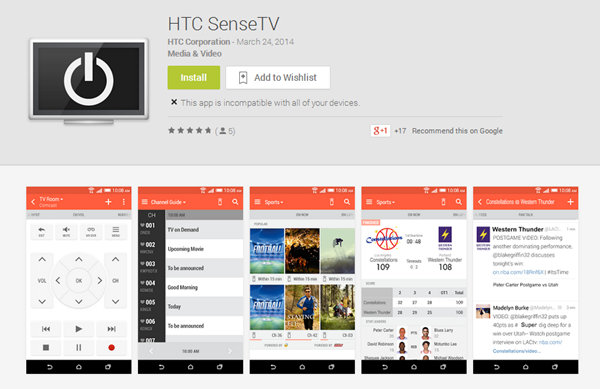 And last but not the least, HTC Gallery is also up for grabs. 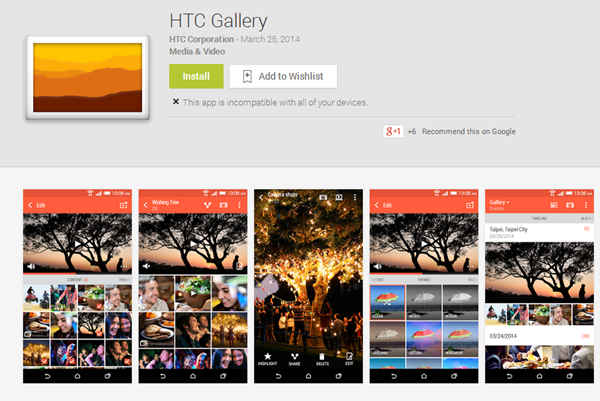 It’s good to see HTC splitting Sense up and adding the various segments individually to the Play Store, and should make the process of updating and maintaining them a great deal easier not only for the company to distribute, but for the consumer to download and install.

We’ll be covering HTC’s unveiling from start to finish throughout the day, so stay tuned to our coverage here at Redmond Pie!