We’re about two-thirds of the way through our countdown of the Samsung Galaxy S5 from announcement to release, and even though we’ve had plenty of opportunity to see and read of what’s in store, we’re now starting to get leaks of the official software to try out for ourselves. Samsung may have pushed the Galaxy S5 Experience app over to the Google Play Store last week, but while this demo is insightful, there’s nothing quite experiencing the device and its features first-hand. If you’re not among the lucky few to have gotten hold of the device earlier than billed, then an official ROM leak, intended for the Chinese version of the SM-G9009D, has to be the next best thing.

Those in the know have already begun plucking the APK from the carcass, and with the Chinese variant of the Galaxy S5’s on-board firmware now out there for everybody to get their greasy paws on, it shouldn’t be too long before we see the corresponding releases for other countries, too. In fact, in the run-up to major Android releases, it’s often the case that one leak breaks the banks, and before long, a stream of new content becomes available for folks on older devices to test out and play around with.

The Samsung Galaxy S5, which the Korean outfit unveiled late on the first day of last month’s Mobile World Congress, and even though the general response hasn’t been entirely positive, it will no doubt sell in vast quantities as folks once again look for the all-round, high-end Android experience. Sure, there’s no metallic finish – that may come later with the Galaxy F, of course – but despite the apparent lack of imagination on Samsung’s part, the unrivalled flexibility offered by a device offering removable battery, microSD, and all of the perceived bells and whistles will surely see the new Galaxy S dominate the Android market again in 2014. 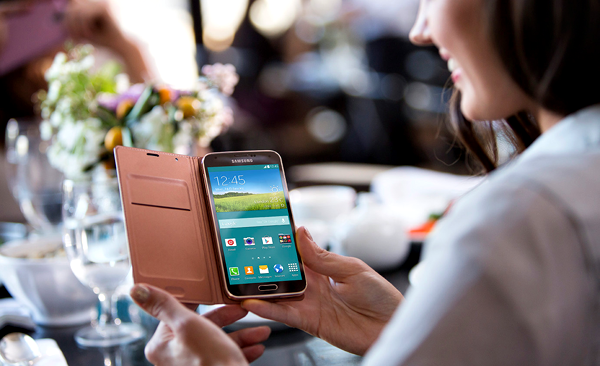 If you want to get stuck into the newly-leaked Galaxy S5 ROM, then you can download it courtesy of the folks over at SamMobile. Simply hit the source link below to dive right in!