After an extensive period of rumor and speculation leading up to the MWC announcement of the Samsung Galaxy S5, we’re now on the cusp of its release. The device, which is expected to hit shelves on April 11th, packs a bunch of new perks, including a gold color configuration and fingerprint sensor, but there’s more to the flagship device besides these rather showy features. To underline this point, the Korean electronics giant has released the Galaxy S5 Experience app, which allows those contemplating an upgrade to get a better idea and general feel of the device’s various apps and services.

This isn’t the first time that the company has introduced such an app in order to entice Android users into grabbing its latest and greatest. After all, back in November, Samsung dropped a similar app outlining the features of the Galaxy Note 3, but while that particular offering arrived a couple of months after the release of the phablet, it’s interesting to note that the corresponding Galaxy S5 edition has entered the scene a good couple of weeks before the device is scheduled to land.

The fact that the Galaxy S5’s launch hasn’t been met with the same amount of excitement and positive feedback as prior announcements may have something to do with this change in schedule. After all, critics have pointed to the fact that some of the device’s big features – the gold color option and fingerprint sensor, for example – have simply followed on from what Apple brought with its iPhone 5s, and besides a customary camera upgrade, there’s not really much to write home about as far as the Galaxy S5 is concerned. 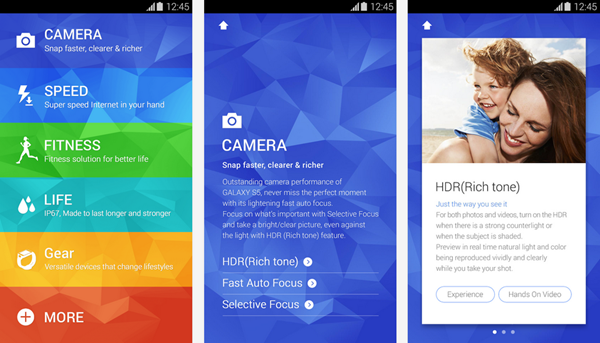 Perhaps we’re reading too much into it, and instead, Samsung has simply taken the more logical course of action of releasing the Galaxy S5 experience app before it hits the market. But with plenty of consumers voicing their dissent and praying that the so-called premium ‘Galaxy F‘ materializes in the near future, it may take more than this advert-in-an-app to get folks buying the Galaxy S5. 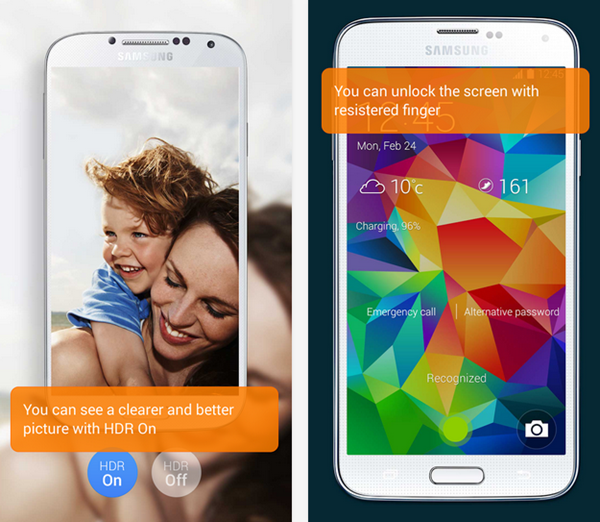 Please note, this app will run on any Android device, even if it doesn’t happen to bear Samsung’s branding.

(Download: Galaxy S5 Experience for Android on the Play Store)