Download iTunes 10.5.3 For Windows And Mac With Full Support For iBooks 2

To coincide nicely with the impressive educational announcements made today in New York, Apple have also released iTunes 10.5.3 which adds synchronization support for the newly announced interactive books.

We had reported at the end of last week that Apple were going to be holding an event in New York today, which was focused around the education sector, but we had no idea of what was going to be announced, or the amount of new releases we would be seeing today. For owners of Apple devices, this evening will be a spent updating computers and downloading new applications aplenty as the company have raised the standard once again. 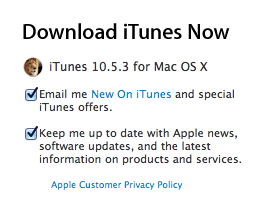 The update which has been pushed by Apple today for iTunes is a relatively small one, with the following information in the release notes:

iTunes 10.5.3 allows you to sync interactive ibooks textbooks to your iPad. These multi-touch textbooks are available for purchase from the iTunes Store on your Mac or from the iBookstore included in the iBooks 2 application on your iPad.

iBooks textbooks are created with iBooks Author – now available as a free download on the Mac App Store. 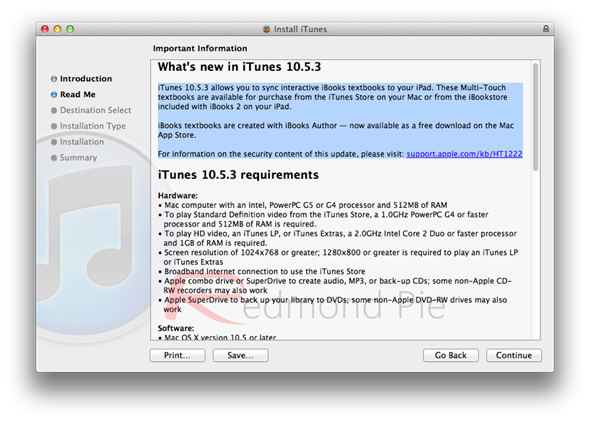 Whilst the change log is relatively small, it adds important updates for anyone wishing to take advantage of the newly announced applications and features today, predominantly the interactive textbooks and I would assume changes to support the ever expanding iTunes U service.

In case you missed it, or haven’t seen our earlier posts, Apple took to the stage in the Guggenheim Museum in New York to make a series of educational announcements. After outlining some staggering statistics relating to the United States placement in the world leagues when it comes to certain academic subjects, Apple have acted in an attempt to create a more engaging, interactive and fun learning culture for all students.

When on stage, SVP of Worldwide Market, Phil Schiller, made references to the Kids Can’t Wait Program of 1982, as well as the ACOT study which found that student achievement is largely based on student engagement. Considering it is becoming a more difficult task to engage students, it seems that Apple are attempting to use their popular and innovative products in an attempt to revolutionize the way education is delivered to promote engaged learning amongst students the world over.

Make sure to update to the latest 10.5.3 version of iTunes to start enjoying all of the newly announced benefits.

Simply fire up the Apple Update app on your Windows or Mac and install the latest iTunes 10.5.3 update. If you’re doing a fresh install however, simply head over to this link.