Apple has today released the second betas of both iOS 15.3 and iPadOS 15.3 to developers.

The move comes three weeks after the first beta was released just prior to Christmas and is also arriving the day after Apple also released new macOS betas, too. 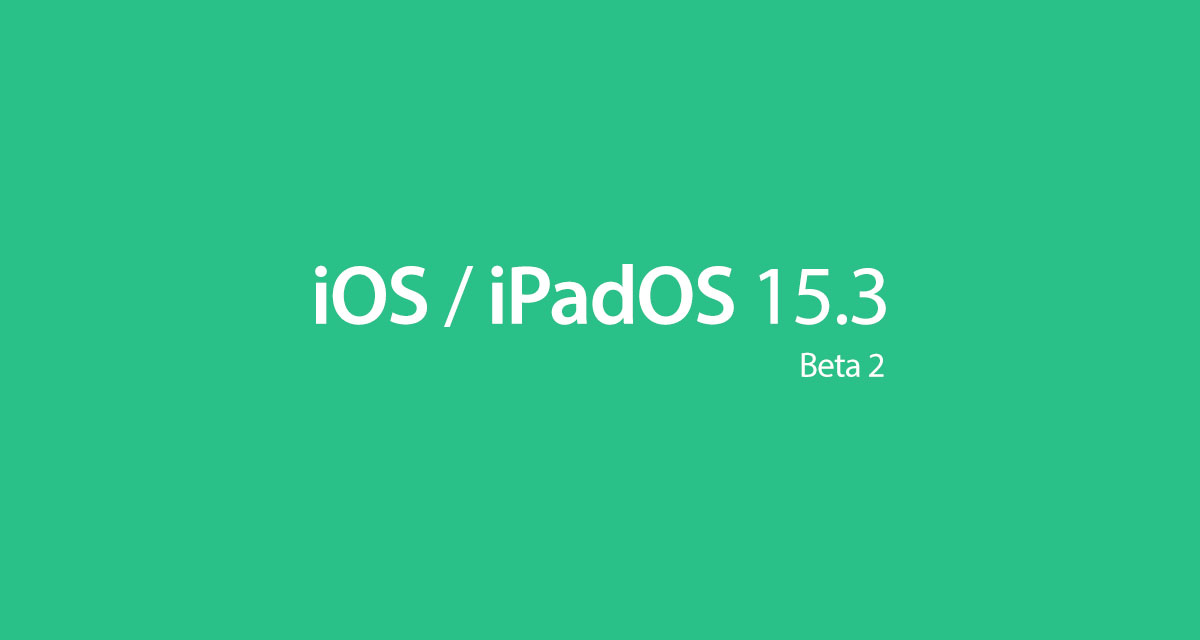 This new round of updates also comes on the same day that Apple released the new iOS 15.2.1 and iPadOS 15.2.1 updates to the public. Both of these new betas can be downloaded as an over-the-air update on devices that have the correct developer profile installed.

Apple isn’t saying what these new updates have to offer just yet, but those hoping for the arrival of features like Universal Control are likely to have to wait a little longer. The feature might have been announced as part of iOS 15, but it looks set to be iOS 15.4 or later before we get to try it out for ourselves.

It’s likely that this beta 2 update is more about fixing bugs and tweaking things under the hood than anything else. We’d also expect it to be made available to those on the public beta program soon enough — possibly as soon as tomorrow assuming no big issues are discovered once developers get it installed.

If you’re running the developer betas and take iOS 15.3 or iPadOS 15.3 for a spin, be sure to let us know in the comments and on social if you come across any new features or showstopping bugs.