The two releases follow hot on the heels of the initial developer seeds of both iOS 10.2 and macOS Sierra 10.12.2 that came yesterday, meaning that Apple has instantly expanded the pool of individuals testing and providing feedback on this latest firmware update. You can find out what’s new in both platforms below. 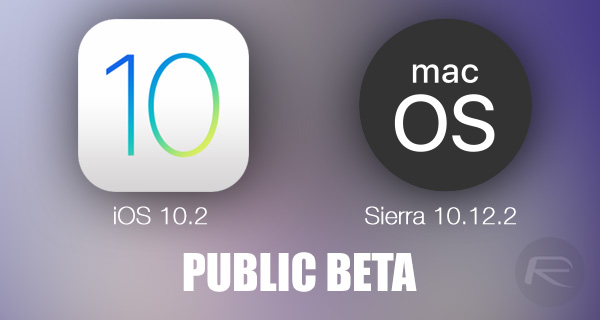 iOS 10.2 beta 1 brings a number of notable changes for developers, and now public testers, to sink their teeth into. Rather than being a simple security update, Apple has actually introduced some tangible improvements. iPhone 7 and iPhone 7 Plus owners running iOS 10.2 beta 1 will be able to experience and use three new wallpapers that were used as part of the iPhone 7 marketing campaigns during launch. Apple has also built and introduced a new widget for the Videos app which provides quick access to videos without having to launch the app.

All of those things are great, but let’s be honest here, you’re in it for the new emoji characters, right? With Apple embracing Unicode 9 it means that iOS 10.2 not only features some excellent new emoji characters, such as a new set of profession icons and the fantastic facepalm, but also some redesigned emoji that take communication to the next level. And speaking of communications, the iOS 10 Messages experience also benefits from a new ‘Celebrate’ full-screen effect. Additionally, with new ‘Preserve Settings’ option for the Camera & Photos, and an ability to add emergency contacts to the Health app, iOS 10.2 is definitely one worth interacting with. You can check out the complete list of new feature and changes here: iOS 10.2 Beta 1: New Features And Changes.

If you are already running the previous public beta of iOS 10, you can simply head over to Settings > General > Software Update to download and install this latest version. If you’re new to this, head over to beta.com.apple to get started.

macOS Sierra 10.12.2 is pretty much as its point version suggests; a bug fix and performance improvements release that looks to address issues found in previous public versions of macOS Sierra. It does of course feature the same Unicode 9 support as mentioned above, and therefore features a ton of new emoji characters, such as new animals and new profession categories, and of course, there’s also updated and refreshed emoji as previously mentioned.

Other than that, macOS Sierra 10.12.2 is all about introducing functionality and performance improvements that make the platform a much nicer place to be and interact with. As always, the latest beta can be downloaded via the Mac App Store. For those who are new to this, head over to beta.com.apple to get started.