You can now download Samsung Galaxy S8-themed Aspire Ux S8 icon pack for any Android phone. Here are the details on it.

Samsung’s Galaxy S8 is all the rage right now, and you would have to have been in another galaxy altogether to have missed out on the release of Samsung’s biggest smartphone of 2017. The phone has been generally well received by reviewers around the globe, though this being modern technology, the Galaxy S8 is not without its flaws.

We told you yesterday how screen tints, WiFi issues and problems with wireless charging have been reported since the smartphone went on sale last week, but all in all, this has been a successful launch for Samsung – a launch that it very much needed following last year’s Galaxy Note 7 debacle.

Getting your hands on a new Galaxy S8 isn’t all that hard right now, although you will need to hand over a sizeable chunk of cash in order to buy one and that goes even more so for the larger Galaxy S8+.

If the asking price for either device is a little rich for your blood and you own a different Android smartphone, why not try and get a little taste of what Galaxy S8 owners have by aping their app icons? The Aspire Ux S8 icon pack normally retails for just $0.99, which is cheap enough, but for a limited time, it is now available for absolutely nothing. 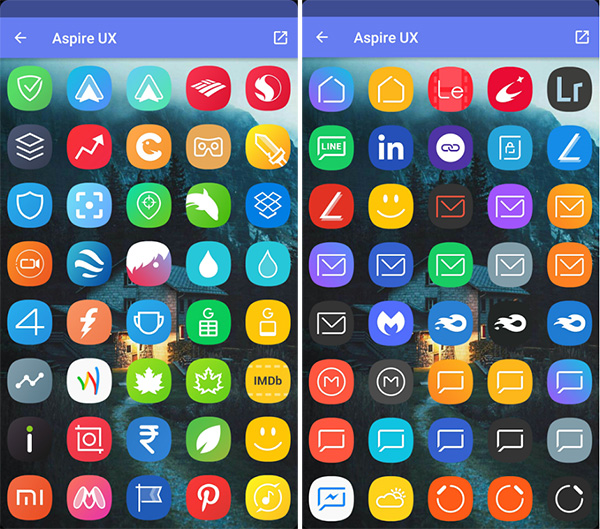 With over 600 icons already included in the pack and new ones being added several times per week, this icon pack is one of the most comprehensive around. The pack also includes the ability to request specific icons of the developer, so if your favorite app does not have a Galaxy S8-like icon already, you can always ask nicely and you never know, the folks behind the product might be able to help you out.

The Aspire Ux S8 icon pack can be downloaded from the Google Play Store right now. Have at it!