Samsung Galaxy S8 and Galaxy S8+ is now official. Here are its specs, price, release date info. In short, here’s everything you need to know about Samsung’s 2017 flagship.

After months of speculation, Samsung has finally used its dedicated media event to officially unveil the Galaxy S8 / S8+ hardware. In an attempt to put the Note 7 debacle behind it, and as part of its efforts to rebuild the trust and faith in its brand, Samsung has revealed a new flagship device which not only has a ton going for it, but also innovates in key areas which will undoubtedly pack pressure on its rivals. Carry on reading to learn all about the two new devices. 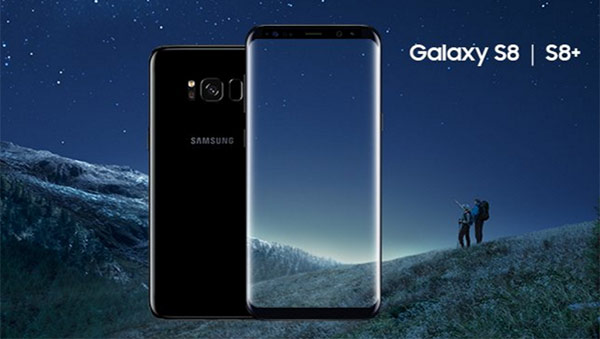 From a features and specifications perspective, anyone who keeps abreast of leaks and hardware speculation will already likely have a fairly good understanding of the device and its specification. Samsung has extended the stunning display to cover almost the entire front of the device, but also kept that lovely curvature around the right and left-side of the handset. Where Apple has its Retina HD display for iPhone, Samsung now has the wonderfully named Infinity Display, designed to trick the eye into thinking that it ships with no bezels whatsoever, but which also forces the removal of the physical Home button.

Samsung is also insisting that the hardware will deliver incredible performance by featuring the industry’s first 10nm processor, which should be notable for its “heightened speed and efficiency.” The S8 and S8+ are also LTE gigabit and Wi-Fi capable, offering download speeds of up to 1Gbps, which fits in perfectly with the fact that the new Samsung hardware is the first mobile device to be certified by the UHD Alliance as MOBILE HDR PREMIUMTM. That basically means that consuming movies and TV shows on the device should give you the exact same color experience as filmmakers intended when making content. 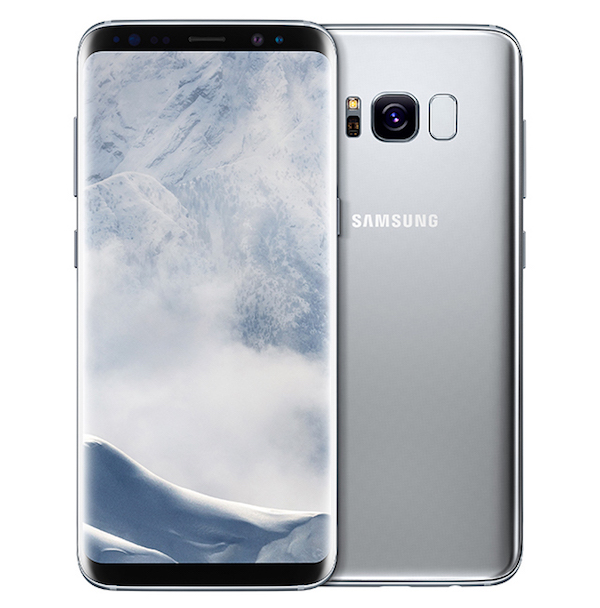 Potential consumers will also get everything they expect from a Galaxy device, such as IP68 water and dust resistance, MicroSD card support offering expandable storage by an additional 256GB, an always-on display, and wireless charging. Both devices will ship with Android 7.0 pre-installed with Samsung skin running on top and of course the all new Bixby (Samsung’s own virtual assistant), offer 4GB of RAM, with the S8 offering a 5.8-inch display and the S8+ taking things up a notch with a 6.2-inch display. Battery life shouldn’t be an issue with 3,000 and 3,500mAh cells. Oh, and if mobile photography is your thing, both devices will offer a Dual Pixel 12-megapixel rear system, which is basically same as S7’s camera, and 8MP front facing camera. Both S8 and S8+ also feature fingerprint reader (this time on the back of the device), iris and facial recognition system.

Here are the full official specs of both the devices: 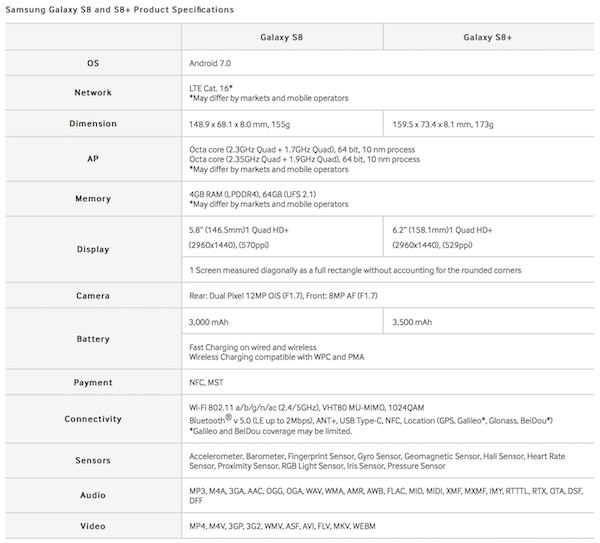 Existence of the two new Samsung smartphones unlocks the Gear VR Controller, which is powered by Oculus, and enables users to have better motion interaction when interacting with virtual reality-based content. Samsung has also introduced Samsung Connect alongside the devices to ensure that consumers have a seamless experience when connecting to and managing smart devices. There’s then also the Samsung DeX dock accessory which, like Microsoft’s Continuum feature, turns the new Samsung smartphones into desktop computers when connected to external displays.

Samsung is also releasing a new range of case accessories for both S8 and S8+.

Both the Galaxy S8 and S8+ will be offered for pre-order starting tomorrow, March 30th. As an additional incentive, pre-order consumers will also get a free Oculus headset and controller. Official release and shipping date is April 21st.