When it comes to getting smartphones into cars, or at least the apps that run on them, neither Android Auto nor Apple’s CarPlay have been able to really take the market by storm.

This is perhaps due to the fact that people simply do not buy new cars all that often, but with a number of aftermarket devices available that can retrofit older cars with support for either Android Auto or CarPlay, there are options out there. 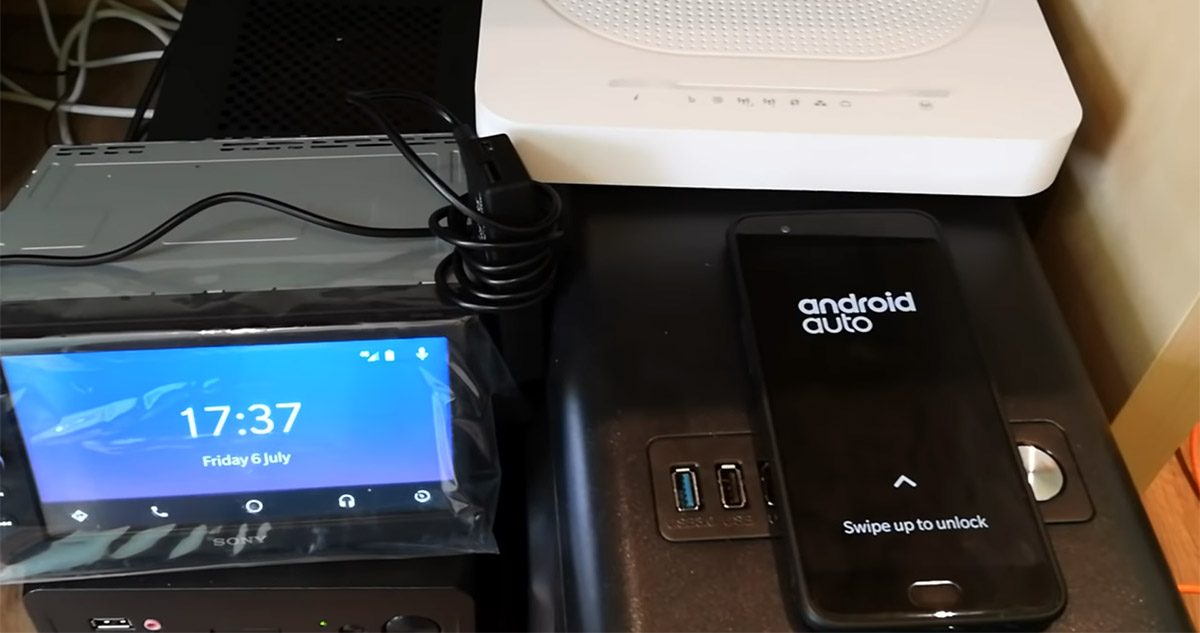 If you do install an aftermarket device, then you’re going to need to decide which to opt for, and here we have one developer who has been able to take one particular wired Android Auto head unit and turn it into a wireless one as if by magic.

There was, of course, very little magic used here, but rather some cunning use of technology. Developer Emil Borconi is the one with the smarts, and he now has a wireless Android Auto head unit, too. The concept uses an auxiliary Android device such as an old phone as well as a companion app that can act as a WiFi receiver for the wired head unit. The source Android phone then communicates with the receiving Android device and then relays commands to the head unit, as if nothing special was going on.

This is more of a hack then an elegant solution that most people are going to want to go through the trouble of setting up, but that doesn’t make the proof-of-concept video any less entertaining to watch. We’re always pleased to see people thinking outside the box and making things worth that wouldn’t ordinarily do so, so hats off to Emil here.

This all reminds us – we really should look at getting a new head unit with these technologies built in!