In a day full of leaks, details have emerged about a new Android 2.1 powered phone by Dell. Dubbed as “Thunder”, the phone features similar specs to that of its Windows Phone 7 counterpart which is known as Dell Lightning. 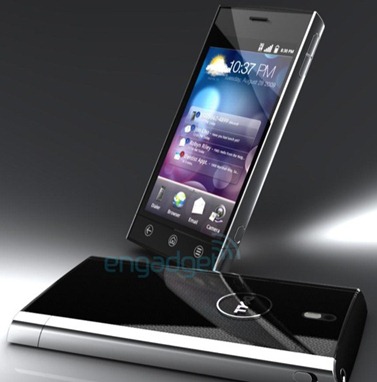 It features 4.1-inches OLED display (the first of its kind for an Android phone), a 1Ghz Snapdragon processor, with an 8-megapixel autofocus camera with LED flash. The phone will run on Android 2.1 with a custom “Stage” UI from Dell. “Stage”, like HTC Sense will provide heavy social networking integration of Twitter and Facebook right out of the box.

Apart from this, Flash 10.1 for watching web videos, and a Hulu app will also be highlights of this phone. It will be available on AT&T in Q4 2010. A LTE model of Dell Thunder will follow in 2011. [via Engadget]