Deal Alert: Get 40% Off Call Of Duty WW2 For PS4 And Xbox One [Limited Time Only]

For a very limited time only, you can now get the record-breaking Call of Duty: WWII into your life with an impressive 40% immediately slashed off the price.

If you crave the old-school boots on the ground action that the Call of Duty franchise originally became synonymous with but have yet to make that financial leap, then now is the perfect time with ownership for Xbox One and PlayStation 4 currently sitting at just $37.99. This deal is HUGE considering that this title is still brand new and has been breaking sales records left and right. 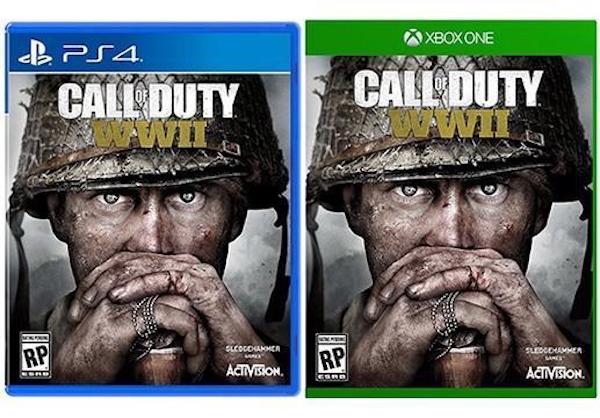 Call of Duty: WWII is an intense first-person shooter developed by Sledgehammer Games and published, as always, by Activision. Much to the delight of the hardcore COD fans around the world, Call of Duty: WWII goes back to the game’s original “boots on the ground” roots and tells a story which occurs during World War II beginning on June 6, 1944, with U.S. Army Private First Class Ronald Daniels and his team arriving on the beaches of Normandy in France under heavy enemy fire.

It’s immediately evident from the very first mission that the game not only removes the advanced movement mechanics which had been included in recent installments of the franchise, but that it’s also going to be an emotive experience based on where it’s based.

After landing in Normandy on D-Day, the rest of the story follows the main characters as they are thrust into extremely precarious and dangerous missions in order to battle across Europe in some of the most iconic locations as the horrendous events of World War II unfold. As with most Call of Duty games, as well as the harrowing single-player campaign missions, you can also play local or online multiplayer games of varying types, and even have an exciting and sometimes terrifying Zombies experience with wave after wave of zombies trying to eat your face.

Available at this price for both PlayStation 4 and Xbox One, Call of Duty: WWII has already proven to be extremely popular with the global gaming community, amassing more than $500 million in revenue in its opening weekend alone. With that kind of return in a few days, we’re pretty sure that money-men behind Call of Duty: WWII can continue trading successfully if a lot of our readers manage to grab the game with an impressive 40 percent off. Again, this deal is valid for today only and that too while supplies last. Don’t miss out.