However, as much as the success of Call of Duty is guaranteed, this year’s release, Call of Duty: WWII, has blown everyone away with just how popular it appears to be, raking in more than $500 million in global sales in its first three days of availability. 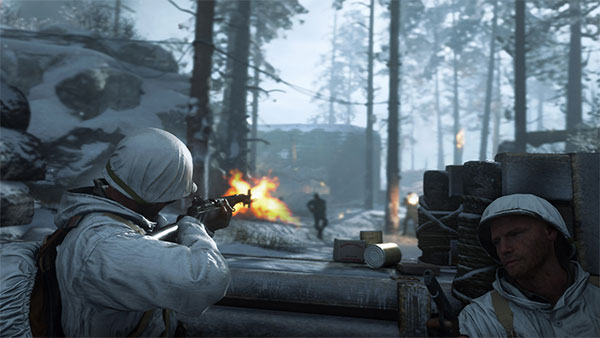 Activision is always extremely proud to take the plaudits which come associated with each Call of Duty release. However, the company has recently released figures which show exactly how well the throwback to the World War II era is actually doing. In its first three days of availability on a global level, Call of Duty: WWII accumulated revenues which amounted to more than what Wonder Woman and Thor: Ragnarok could gather combined, on their respective opening weekends.

Granted, theater tickets cost significantly less than a modern video game like Call of Duty, meaning you physically need more people to attend those screenings to achieve the same revenue, but the comparison is still mind-blowing considering the global popularity of Marvel and DC movies at the moment.

Initial sales of Call of Duty: WWII are also double that of sales of last year’s Infinite Warfare during its opening weekend. Taking the franchise back to its roots by stepping away from modern or futuristic storylines to focus on important events during World War II was always going to increase the popularity of the franchise with purists, but to double sales of last year’s offering is staggering.

The game has also encouraged more users to connect and play online through PC, Xbox, and PlayStation, with Activision CEO, Eric Hirshberg waxing lyrical about the commitment of gamers:

We challenged our players to get their squads back together and they answered the call, with the highest number of players we’ve ever seen on current gen consoles and PC. Call of Duty: WWII returns the franchise to its roots and the results are incredible, selling twice as many units in its opening weekend as last year, and setting the day one record for full-game downloads on PlayStation 4. Our $500 million opening weekend was not only bigger than Thor: Ragnarok’s, it was bigger than the opening weekends of both Thor and Wonder Woman combined. And we’re committed to supporting the community with continuous improvements and new content.

Gamers around the world have been hyped for months about the release of WWII, and it seems that they are most definitely putting their money where their mouth and excitement previously was.