Brace yourself! Call of Duty: Infinite Warfare will be landing on the Xbox One, PlayStation 4, and Windows PCs on the 4th of November this year. Developer Infinity Ward has released trailer video ahead of the release and we can’t help but revel in excitement given the opportunity to pilot high-speed space fighters to save our way of life on Earth.

The COD franchise has never disappointed with its fictional story lines, and has always captured our imagination when it comes to wars and battles of the future. Infinite Warfare not only keeps that legacy alive, but further boosts it by expanding the ‘world’ beyond our Earth, and into the space. 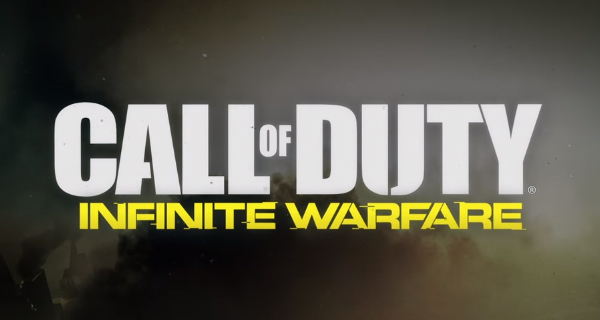 It appears that Earth has been taken aback by a massive surprise attack by the Settlement Defense Front which threatens Earth’s way of life. With Earth’s forces in disarray, it is down to you and your team mates to take the war to the enemy in a desperate effort to end the SDF’s attempt to capture Earth. Eric Hirshberg, CEO of Activision Publishing has stated that “Call of Duty: Infinite Warfare is a bold, new vision from the studio that created the original Call of Duty and Modern Warfare, and an adventure on an insanely epic scale that only Call of Duty could deliver.”

Talking about the scale of the game, Dave Stohl, Studio Head of Infinity Ward, had this to say:

On one hand, this game is the kind of gritty, boots on the ground, visceral war story that Call of Duty is known for. On the other, its future setting takes players on a journey of epic scale and proportions, providing incredible gameplay innovations and new experiences for our fans. This is a grand scale, old-school, all-out war in an epic new-school setting. And it’s going to be a hell of a lot of fun.

There’s not much known about what we can expect on the 4th of November right now, but given the hints in the trailer it seems to be set in a future where humans have colonized planets including the moon, and the Settlement Defense Front is one such faction – albeit a not so friendly one of course.

Additionally, a remastered version of COD: Modern Warfare is also being developed for the modern day consoles and Windows PCs, and it will ship bundled with some editions of COD: Infinite Warfare, namely:

We’ll keep you all updated with additional information on the game as it becomes available, but for now, enjoy this brilliant trailer video embedded below.