Some crazy deals on microSD cards have surfaced from Samsung and SanDisk’s end, allowing you to save big money on high-capacity and super fast memory cards.

It’s impossible to overstate how important the microSD card has become in the modern world. Something that was often reserved for the smartphone, they are now found in anything from cameras, to tablets, to game consoles. If you’re the owner of a Nintendo Switch and like to buy your games digitally rather than on a cartridge, then you’re definitely going to need to get yourself a sizeable card. It’s just the way of the world. Photographer? Don’t even entertain the idea of using a card with a small capacity and the same goes for anyone using the camera on a modern phone, too. Thankfully, the prices of microSD cards can be laughably low, as is the case right now in the midst of the Black Friday/Cyber Monday madness that we are currently living through. 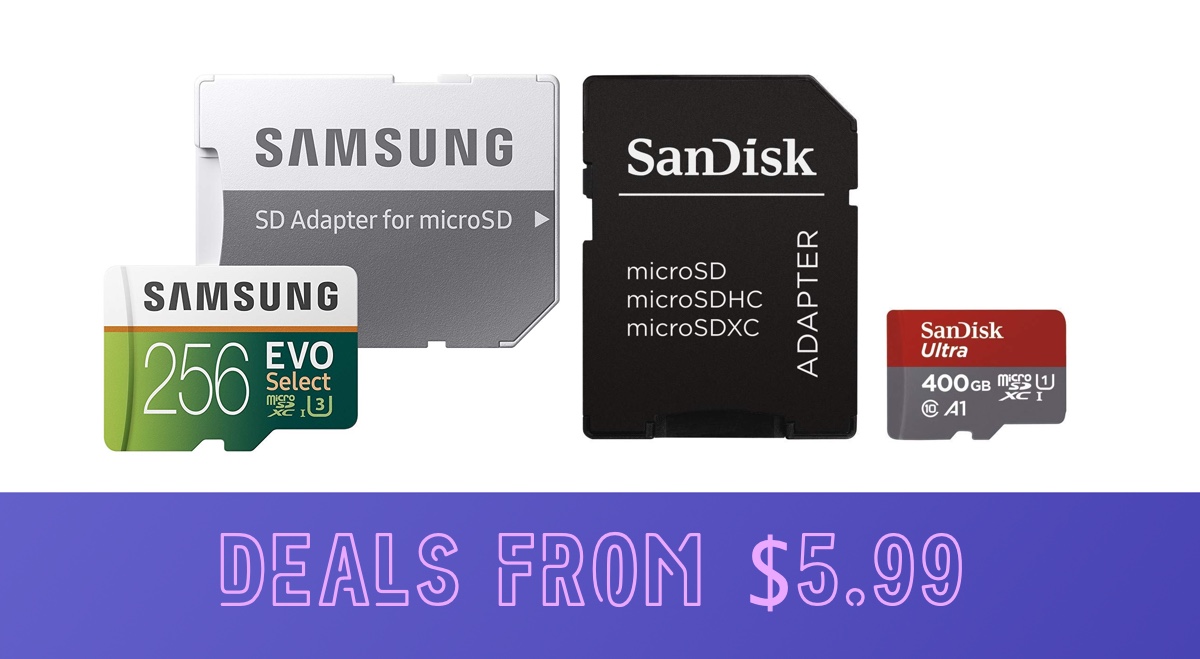 Anyone in need of a new microSD card, whether they are upgrading to something larger or just collecting cards, can get their hands on a bargain or two right now. Both Samsung and SanDisk have cards available at discounted rates, with capacities ranging for just 32GB all the way up to the more reasonable 400GB.

With so many options, which are you going to go for?