All of the aforementioned releases are available for download with immediate effect by those with access to the platforms through the Apple Developer Program. 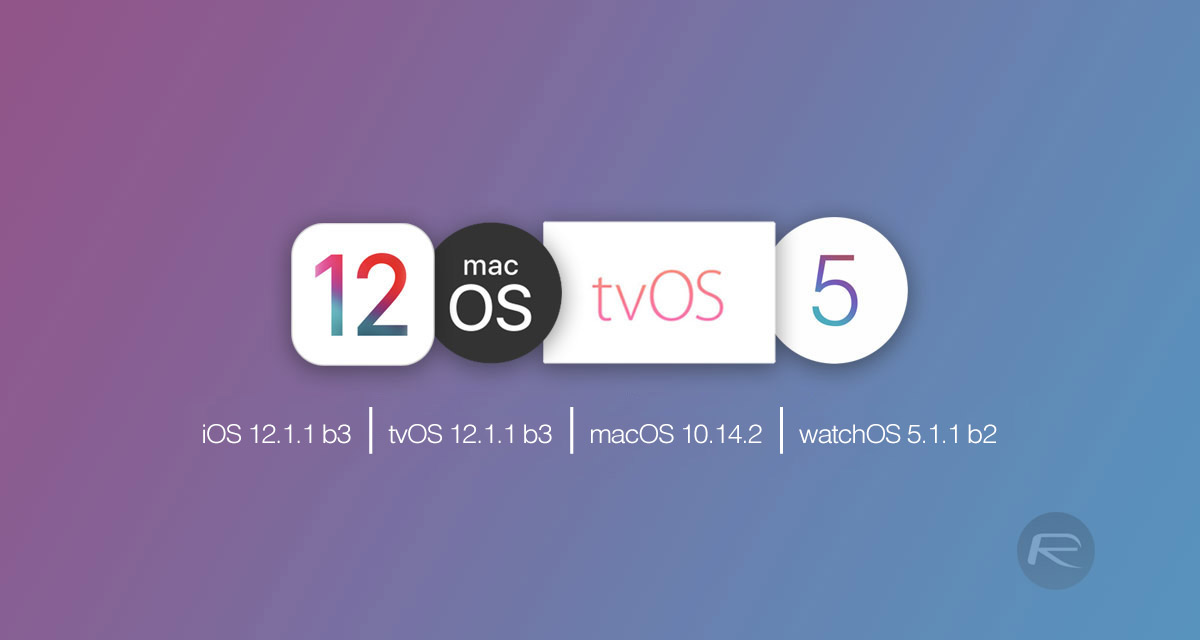 iOS 12.1.1 beta 3: This is where the most interest is going to be from a public perspective. This isn’t a huge update and is one that focuses more on fixing bugs and removing niggles rather than unearthing any massive functionality. However, iPhone and iPad owners can expect a release which includes a redesigned FaceTime experience as well as the ability to capture a Live Photo during a FaceTime call.

Apple has also allowed Haptic Touch to expand notifications on the lock screen for iPhone XR users. There is also a very minor change to the Apple News app in landscape mode and changes relating to Apple’s new eSIM functionality.

tvOS 12.1.1 beta 3: Apple TV’s tvOS firmware is pretty much as far as it can reasonably go without a total overhaul. It’s for that reason that this release is nothing more than a minor push to fix issues which have been found in the previous tvOS 12.1 release.

macOS 10.14.2 beta 3: Like all of Apple’s other platform updates, macOS 10.14.2 is all about progression and stability. Rather than bringing a slew of changes of feature improvements, this release is about fixing bugs and ironing out any niggles that have been discovered since Apple’s last macOS release. It’s very unlikely that any new features will be discovered with this one once it’s installed on machines. With that said, for a lot of Mac owners, stability and enhancement are what’s required.

watchOS 5.1.2 beta 2: Apple Watch is one of Apple’s fastest growing platforms, and, due to that growth, watchOS is finding itself installed on more and more devices globally. With watchOS 5.1.2, Apple has once again looked to focus on stability and ensuring that watchOS is running as smoothly as possible on all of the Apple Watch hardware that it supports. With that stability, Apple has also introduced some new Complications as well as a new toggle in Control Center for the walkie-talkie functionality.

If you are testing any of these platforms, then you can grab them right now with immediate effect either from developer.apple.com and/or from settings section of the device itself..