When you have a smartphone made of glass on both its front and rear surfaces then it’s always going to be susceptible to the odd failure here or there. Cracks are unfortunately a common thing when glass and smartphones are mixed together, but a growing number of iPhone X owners claim that their handsets are starting to crack in an unusual place – the camera lens.

According to the reports users have found that their iPhone X camera lenses are cracking and while it might have been assumed that this would be caused by a fall, users claim that that is not the case. In fact, the assumption has been that the issue is caused by unusually low temperatures, although whatever the reason it is becoming clear that Apple will not repair the phones under warranty.

Users have taken to Reddit and the Apple forums to share their experiences, and none of them are good.

Bought the iPhone X right before Christmas, and found a crack on the rear camera glass last night. The phone has been used with cover all the time and no drop or accident. Went to Apple Store this morning and was told to pay a whopping $549 to have it fixed.

While some had suggested that the cracks were caused by low temperatures, others have noted that they are also now carrying iPhones with cracked camera lenses despite living in warmer climates.

I read some people have this issue in cold climate, I live in Malaysia and weather is hot and humid around 32-36 Celsius daily.. and we don’t have apple store in Malaysia here, so can not count on authorized centers, but refuse for repair. 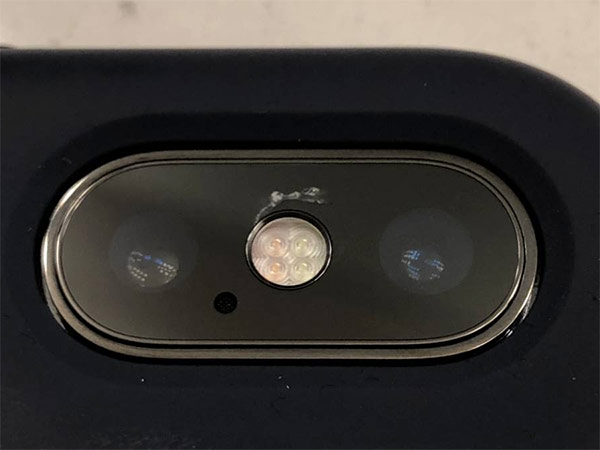 The iPhone X is not the first iPhone to suffer camera-related cracking, with the iPhone 7 having has similar issues. If the devices are being dropped then this may be explainable, but if they are cracking seemingly of their own accord then something is clearly amiss.