CDMA iPhone with Metal Back, Apple TV with iOS and Upgraded iPad in Early 2011 – Report

This year is getting fired up with a lot of rumors and people are expecting a bunch of new gadgets from Apple. Digitimes is now reporting that Apple is going to launch new Apple TV with iOS, iPads and a CDMA iPhone on Verizon early next year. 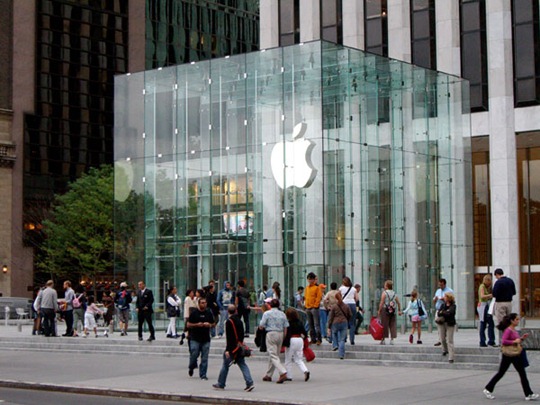 Their sources claim that Apple TV will get a major update, it will get iOS as it’s core operating system to join the iOS devices family. There are going to be not one but two new iPads: The 9.7 inch iPad will get a new ARM Cortex-A9-based processor with 512MB RAM and the second 7-inch version of iPad will feature a Cortex-A9 processor with an IPS panel. Last but not the least, there is going to be something which we’ve already known about for a few years now: a CDMA version of the iPhone 4 on Verizon.

Apple is set launch an upgraded 9.7-inch iPad adopting a new ARM Cortex-A9-based processor and 512MB RAM in the first quarter of 2011. Meanwhile, the company will also launch a 7-inch iPad using the Cortex-A9 processor and an IPS panel with a resolution of 1024×768, according to Digitimes Research senior analyst Mingchi Kuo.

As for the CDMA iPhone, Pegatron Technology is expected to start mass production in December and will supply to both US-based Verizon Wireless and China-based China Telecom. The CDMA iPhone’s back plate will be forged from metal materials and will feature an integrated antenna, according to Digitimes Research.

Verizon is expected to announce the product at CES 2011 and will start shipping in January 2011. The sales ratio of GSM and CDMA iPhones in 2011 is expected to reach 65:35, Digitimes Research out.

In addition, Apple is also set to launch a new Apple TV using AMD’s Fusion solution and will not include a hard drive. The new device will adopt a user interface similar to the iPhone with support for social networking websites, network multimedia and the App Store. Mass production of the device will start in December, Digitimes Research noted.