Following the arrival of the new 13-inch MacBook Pro in October last year, we’ve been expecting Apple to also announce a new 13-inch MacBook Pro to go with it. The machine will use the new scissor keyboard and likely increase its screen size to 14 inches, but now we might also know which CPU it will use. Apparently, it’ll be Intel’s 10th generation Ice Lake chips.

That’s the belief after a Twitter leaker shared what are claimed to be 3D Mark Time Spy benchmarks of the unannounced machine. It includes Intel’s 10th generation i7-1068NG7 Ice Lake 2.3GHz processor capable of turbo boosting to 4.1GHz.

Compared with the current and comparable 13-inch MacBook Pro, it appears that the new machine will be around 12% faster, at least in terms of benchmarks. That’s for CPU performance, but when it comes to graphics, we can expect closer to 30%. Now that’s the kind of increase that’s worth getting semi-excited about.

This would be the first Apple notebook with an Ice Lake processor inside, suggesting that we might also see a 16-inch MacBook Pro refresh sooner rather than later. The current machine only arrived a few months ago, so it’s unlikely to happen just yet. But with WWDC due to happen in June, it isn’t beyond the realms of possibility that Apple could use the event to refresh its flagship notebook computer.

As for the 13-inch machine, we’re more likely to see that updated at the fabled March media event. We’re also expecting a new iPhone 9 announcement at the same event, although the ongoing coronavirus situation may put paid to that. 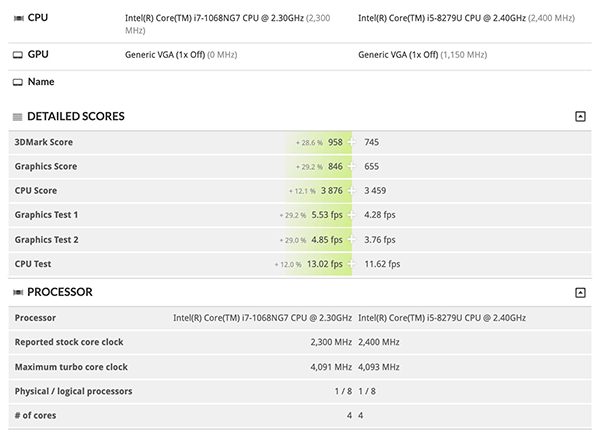