Apple is under continued pressure to allow users to sideload apps onto iPhones and iPads and the company is out with a new paper today that focuses on what could go wrong if sideloading was brought to iOS and iPadOS. Predictably, the report says that the move would have dire consequences.

According to Apple, sideloading would “cripple” the privacy offered by the App Store and, that being something users rely on, such a move would not be beneficial. 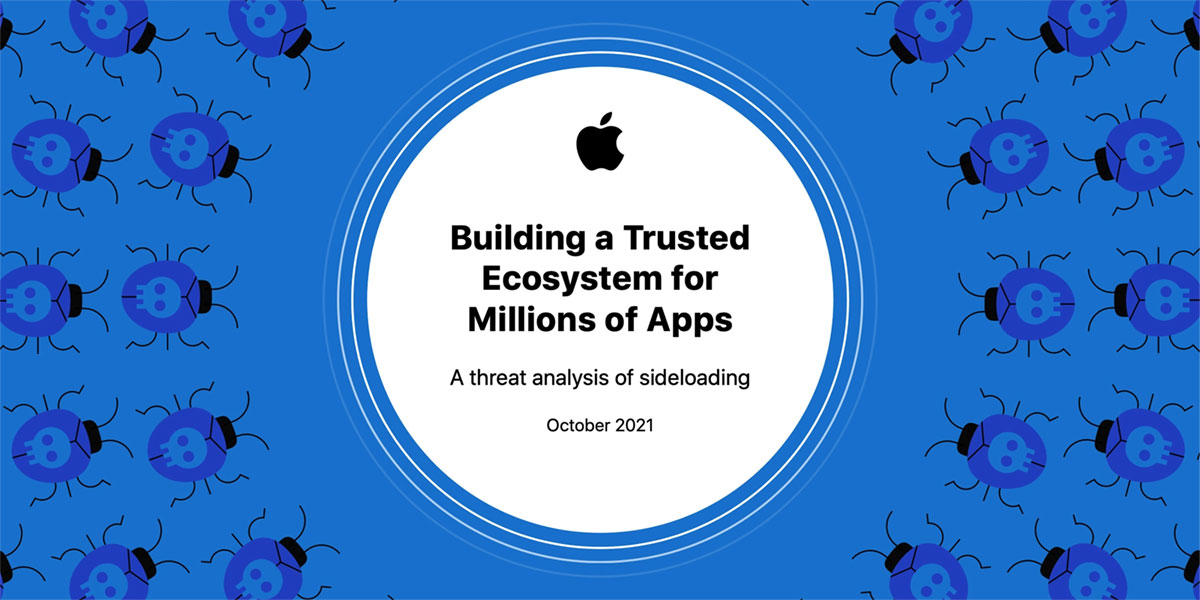 iPhone is a highly personal device where users store some of their most sensitive and personal information. This means that maintaining security and privacy on the iOS ecosystem is of critical importance to users. However, some are demanding that Apple support the distribution of apps outside of the App Store, through direct downloads or third-party app stores, a process also referred to as “sideloading.” Supporting sideloading through direct downloads and third-party app stores would cripple the privacy and security protections that have made iPhone so secure, and expose users to serious security risks.

Apple also points to the security and privacy situation Android finds itself in. Android has always allowed users to sideload apps and games, but Apple says that comes with a price. In fact, the security paper claims that Android has 15 to 47 times more malware infections than iPhones do.

Whether governments in the US and Europe, among others, eventually force Apple to allow some sort of sideloading mechanism or not remains to be seen. But one thing is obvious – Apple doesn’t want to go that route. And it claims it’s about more than just the possibility of losing the 15 – 30% it now takes from app purchases and in-app sales. 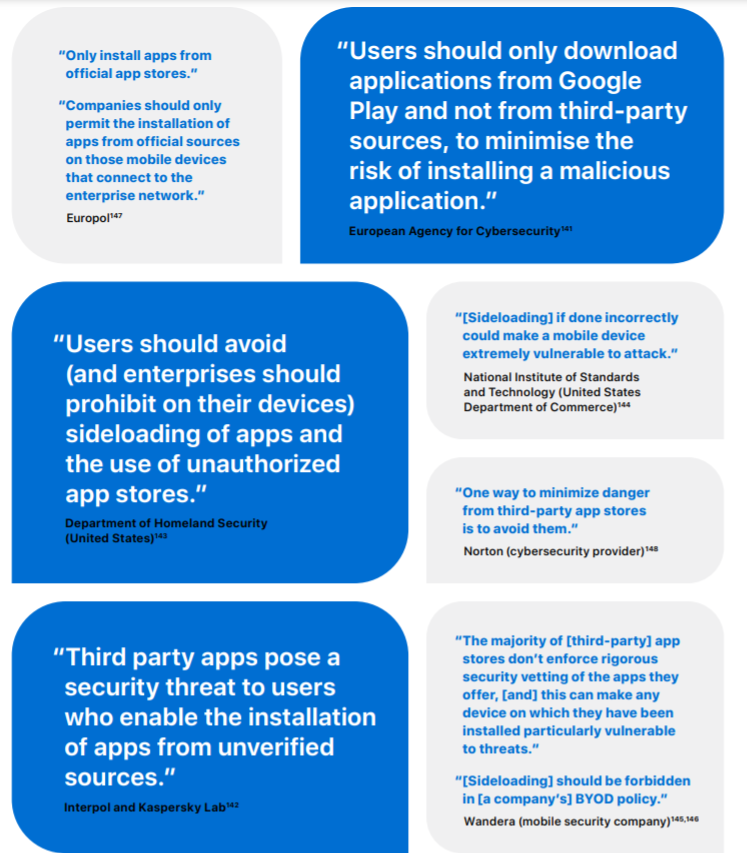 You can read the full paper right now and make your own mind up as to whether Apple’s intentions are pure, or not.