Apple’s introduction of the first iOS 9.3 beta to registered developers and testers has shown that the company is keen to progress iOS at a features and functionality level despite the fact that iOS 10 will be seeded in its first form in the coming months – presumably June at WWDC 2016. Core focus is appearing to be placed on the larger feature additions to the platform, such as Night Shift, but as always there are plenty of smaller and extremely useful additions. One extremely interesting tweak comes in the form of an updated Wi-Fi Assist feature that now shows granular usage of data when called into action.

Apple’s changes to Wi-Fi Assist as introduced with iOS 9.3 beta 1 means that users can actually see exactly how much data the feature has utilized as part of its services. The Wi-Fi Assist option has been updated to include a small label underneath the main header to show an approximate amount of data that has been chewed through in MBs. 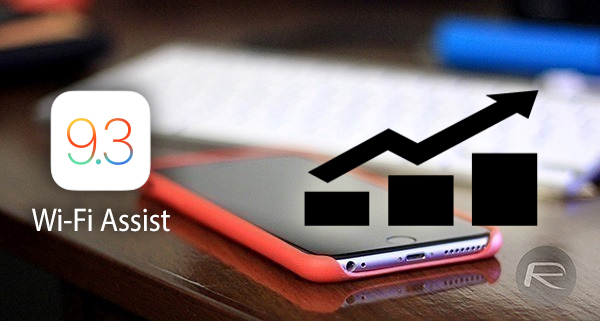 The service works exactly as it did previously by seamlessly falling back to cellular data if turned on, it’s just that Apple now tracks that data usage separately to ensure that users can stay informed as to exactly how much data is being used.

Wi-Fi Assist has proven to be something of a contentious iOS feature for Apple. It is no doubt a feature that adds value to the iOS platform by allowing the system to automatically fall back to a cellular data connection when a stable wireless network isn’t available, but it’s also one that has caused concern with those who don’t fully understand it and as such has been detrimental to their cellular data plans by using up extra data. In fact, Apple is actually defending a class action lawsuit that’s been raised by those affected by Wi-Fi Assist’s increased data usage. 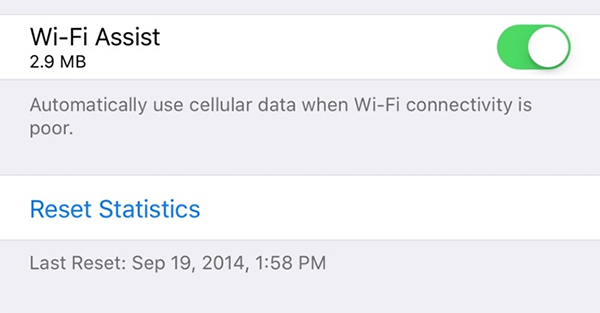 Apple has shown clear intent on taking on the concerns about Wi-Fi Assist while maintaining the validity and importance of the feature. Those who expressed disdain with the feature, led Apple to publish a support document outlining exactly how it works and what users can expect from it. It seems that the company has also been working in the background to introduce actual changes to the service for those who have opted to turn the feature on.