Apple TV To Get Official HBO GO App By Mid 2013, According To Report

In the middle of all the current rumors, conjecture and speculation surrounding Apple hardware, it is perhaps the future of the company’s so-called hobby project that is managing to capture most of the immediate attention. The little black box has never been one of Apple’s highest revenue generating creations, but has been consistently improving on its sales figures, numbers that are only set to continue to rise amid speculation of a new smaller model being introduced and the potential of additional apps being introduced during the year.

Sources are suggesting that Apple is in a state of negotiation with Time Warner Inc. and their partners in the hope of coming to a mutually satisfactory deal to bring the HBO GO app to the Apple TV. It’s currently unknown where the two companies are at in terms of the negotiations, but if all goes to plan then Apple TV owners could be enjoying streaming content from HBO on their TVs by the middle of the year.

The HBO GO application will have the ability to deliver more than 600 unique hours of television and film footage to those consumers who currently pay for a subscription through a cable or satellite installation. Similar streaming services such as Netflix and Hulu have already proved to be extremely popular offerings on the Apple TV set-top box, so it’s only logical to assume that an official HBO app would be met with the same enthusiasm.

It seems that Apple is planning on ensuring that the Apple TV loses its ‘hobby’ tag in the hope that it can emerge as the must-have content streaming gadget for television sets. Time Warner would certainly be keen to get their app in front of the many millions of Apple TV owners and adding to their existing apps that are already offered on the Microsoft Xbox 360 and Roku. 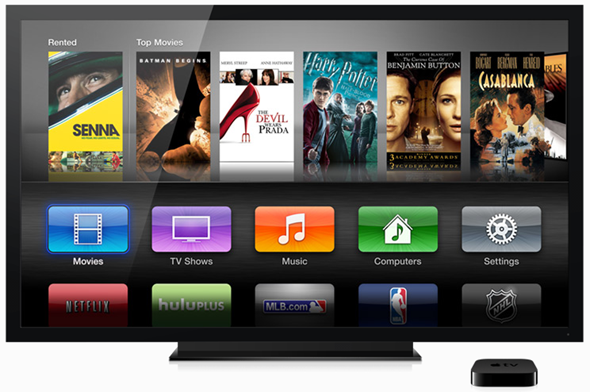 In addition to Time Warner expanding the number of devices that they offer, the HBO GO application would also see the company cementing their commitment to iOS and its user base. They already offer the HBO GO experience on the iPhone and iPad, and supporting of the Apple TV would make it the first application that actually requires a chargeable TV subscription to get access to the content. We don’t know what the future holds for Apple in terms of household entertainment technology, but the evolution of the Apple TV certainly reaffirms Tim Cook’s comments that his company are extremely interested in the living room.