If you’ve ever been interested in cross-device connectivity and remote access to your PC or Mac through your iPad or Android tablet, chances are high that you’d have come across the products from Splashtop. The company excels in making apps that would provide an experience as close to real desktop computing as possible on your tablet(s) wirelessly, and does so really well. Their arsenal of products ranges from remote webcam monitors, VPN clients, remote access to PC and Mac, operating-system specific utilities, and a variety of others. Well, today, the company has announced the biggest update to its most popular app yet, debuting the Splashtop 2 for the world to enjoy.

The update pushes the already-capable Splashtop 2 app version 2.2.0.6, with some very notable new features. Quoting the official press release, the new version will allow users to:

customize their tablet experience by creating keyboard shortcuts, virtual joysticks, and mouse controls for faster and more seamless remote access with their Macs and PCs. 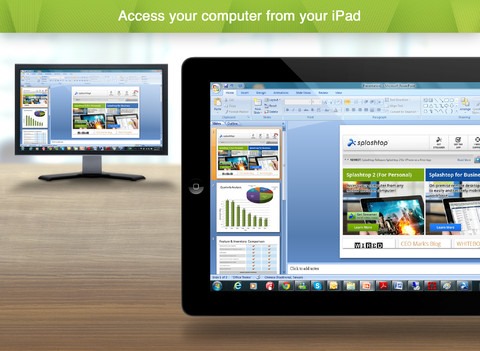 With Splashtop 2, the company has aimed at capturing all kinds of users, from casual gamers to business professionals, educationists to MS Office buffs, because the feature set caters to all. You can create customized virtual joysticks for gaming experience, keyboard shortcuts that would make interaction with frequent apps really smooth and fast, pre-defined productivity profiles for MS Office, Windows Media Player, QuickTime Player, Browser, OS X, and Windows 8, the last of which comes with complete gesture support! All you need to do is have the Splashtop Streamer app installed on the target computer, which can be grabbed for free at the company’s official website. 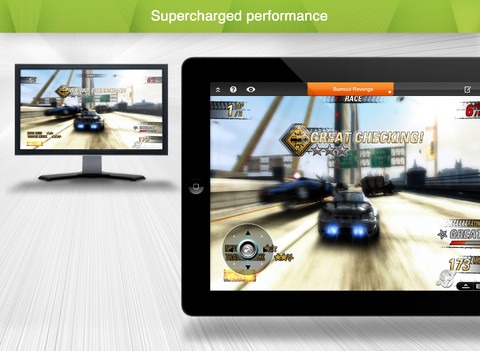 The Splashtop 2 app is available through the iTunes App Store for $4.99, and works only on the iPad. Users who have already purchased the app can update to the new version for free, of course, but there’s still a catch. The newly introduced features do not come packaged with the app for free; rather, they require separate in-app purchases to be unlocked and put to use. As far as the pricing model for these go, configurable shortcuts and gamepad add-ons are available for $0.99 a month, or $9.99 a year. Gesture support for Windows 8 and OS X, however, comes free, so that’s a relief. 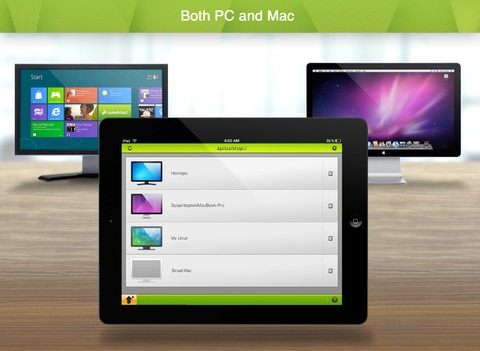 Splashtop may have brought a really needed update to its rather popular app in due time, but the pricing model is sure to turn a lot of customers off. Already the app has a good number of complaints and negative reviews for its pricing model, which has essentially made the usefulness of the app rather limited (considering that you’re already paying to use the app in the first place). This new pricing model for the enticing new features can backfire for the company. The app, nevertheless, is good, and the improvements indicate that it’s for sure headed in the right direction.

If you’re a Windows 8 user, you might also want to check out the Splashtop Remote Desktop Modern UI app.