Apple is set to hold its March 8 special event in just hours and a new report claims that it will announce a whole new color for the popular iPhone 13 devices. We can also look forward to a new color for the refreshed iPad Air, according to the same report.

According to YouTuber, Luke Miani, and Apple Track, Apple will announce a new green iPhone 13 and iPhone 13 mini. 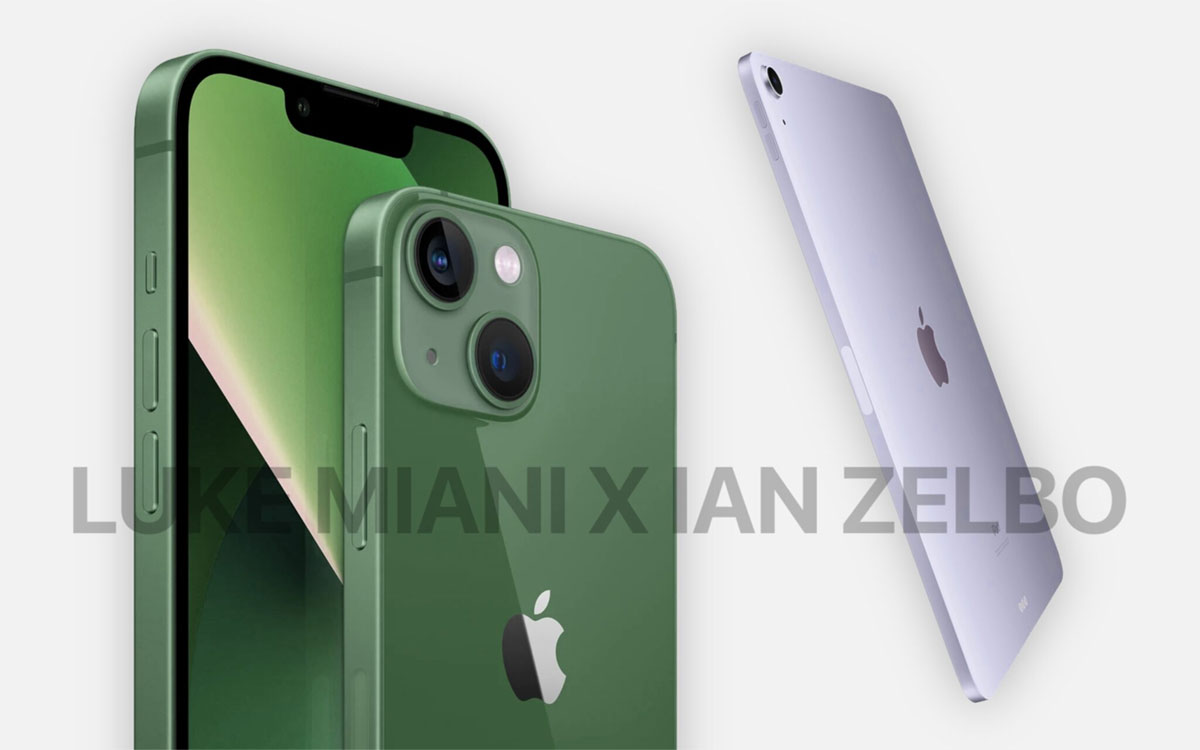 The report cites “people familiar with the matter” although it’s important to remember that Miani doesn’t yet have a track record for these kinds of leaks.

The people, who asked to remain anonymous, said Apple is bringing a new dark green color to iPhone 13…think somewhere between the Mint iPhone 12 and Midnight Green iPhone 11 Pro.

The same report goes on to say that the updated iPad Air will also come in a new color, this time a rather fetching lilac-looking purple. While the iPhone 13 models will be the same as the existing ones but with a new color, the iPad Air is set to get an actual hardware refresh as well. While no huge changes are expected, the addition of 5G as well as a new processor seems likely.

Apple’s March 8 event will be streamed online and we have also been told to expect the arrival of a new Mac Studio as well as Studio Display, although those claims again came from the same source.