According to a new report published today, Apple has begun training their retail store employees for the launch of iCloud and iOS 5. 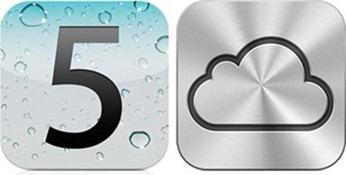 The report comes from our friends over on 9to5Mac where they feature a photograph of iOS 5 and iCloud training documents which were reportedly released over on Apple’s internal RetailMe app. The source on the other hand of this report is quite trustworthy, so you can be sure that this is, in fact, the real thing.

As Apple’s yet-to-be-made-official fall festivities approach, we’ve heard that Apple has begun iOS 5 and iCloud training with retail store employees. According to these sources, training is done through a new section inside of the company’s recently released internal RetailMe application.

The first part of the document itself states:

iOS 5 and iCloud are just around the corner – it’s time to prepare for the next generation of mobile innovation. Over the coming weeks, we’ll be presenting a series covering everything you’ll need to know to provide our customers with the best iOS experience. This week, learn some new features of iOS 5 and iCloud.

For the uninitiated, iCloud is Apple’s next-generation cloud storage solution which will store and sync user data such as email, app data, music, photos, videos etc. across iOS devices and PCs/Macs. It was announced at WWDC in June this year and it will be replacing Apple’s previous MobileMe program/service.

iOS 5 is something I’m sure our dear readers are already familiar with. It is the next major release of Apple’s mobile operating system and brings over new features with major ones being an all new Notification Center, OTA updates, wireless syncing, Twitter integration and iMessages. It is currently in its 7th beta and you can download it here if you’re a registered Apple developer. Further, you can jailbreak iOS 5 Beta 7 by following our guide. 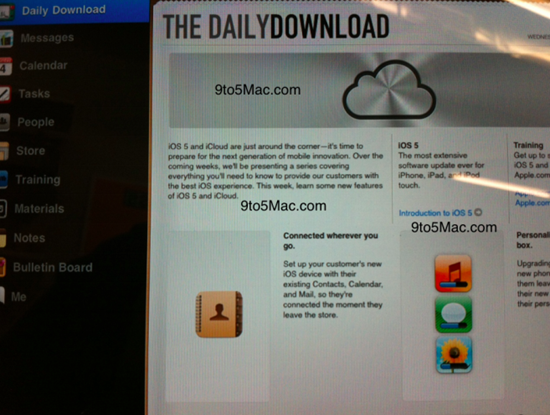 The use of “just around the corner” and “over the coming weeks” in the training documents has us believing, well, that the launch iOS 5 and iCloud is quite close at hand. We’re hoping to learn of a specific release date within the next two weeks, with a launch slated for sometime in October which would line up perfectly with the strongly rumored iPhone 5 launch suggested by internal memos leaked from Sprint and Best Buy.