If you’ve been testing pre-release builds of iOS 5, then you should be aware that iOS 5 beta 7 is finally out, just weeks after the latest seed, Beta 6, was pushed out to registered Apple developers. 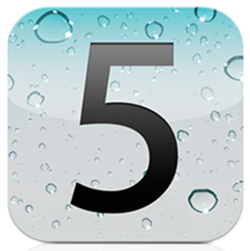 iOS 5 Beta 7 is probably the very last snapshot of iOS 5’s development, pushing it closer to a final release, which is predicted to take place next month. While we haven’t had the chance to try out this new seed for ourselves yet, it’s expected to contain several stability and security improvements, making iOS 5 close to release quality.

The preferred way to download this update is installing it over-the-air (OTA) from the device itself, not through iTunes, in order to test this new updating method that was introduced back in iOS 5 Beta 2. In order to do this, simply head to Settings > General > Software Update. In a matter of minutes, iOS 5 Beta 7 should be loaded onto your device. 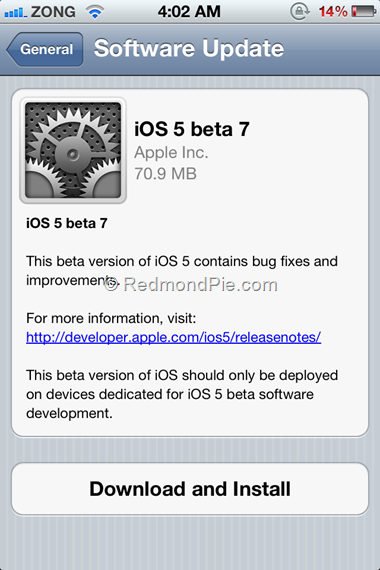 If you want to use the traditional method, you can still do so by downloading Beta 7 from Apple’s developer site. In order to have access to this download, you must be a registered Apple Developer. A developer registration, which is available for $99 per year, gives subscribers access to a wide range of development tools and documentation as well as, of course, pre-release builds of iOS. While this is aimed for developers, any iOS enthusiast should have a developer account with Apple, so why not head to Apple’s Developer Site and get your subscription today?

In order to sync your device after you’ve installed iOS 5 beta 7, remember to update to iTunes 10.5 Beta 7, which is also available from Apple’s developer site. This update includes the needed changes to make iTunes compatible with the latest release of iOS.

iOS 5 is the upcoming release of the operating system that runs on iPhones, iPod touches and iPads. First shown off at WWDC, Apple’s annual developer conference, iOS 5 includes several new features that have been long wished for by iOS users, such as a new notification system, dubbed Notification Center, enhancements to Mobile Safari, among many others. You can read more about iOS 5 and its features by reading our detailed write-up.