Over the last few weeks, the world has been introduced to the concept or fake Apple Stores: retail outlets that have managed to copy the look of genuine Apple Stores rather accurately. While all of these stores we’ve seen in the past were based in China, a new fake Apple Store has been spotted in Iraq. 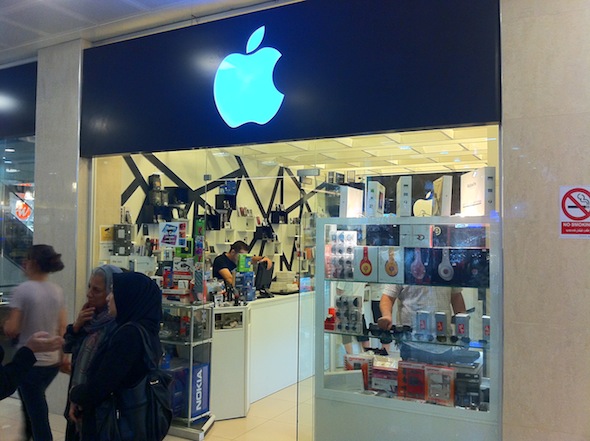 This retail outlet, based in Sulaimaniya, North Iraq, resembles genuine Apple Stores somewhat accurately, though not as much as the Chinese fakes we’ve featured before. Indeed, the first thing most customers will be able to tell first glance is the amount of non-Apple products being sold at this space, starting with the visible NOKIA box, as well as the Beats headphones, right there on display. If you look more closely behind the counter, you’ll also notice some cell phones that clearly aren’t iPhones, as well as several other boxed products that don’t resemble Apple’s hardware at all: 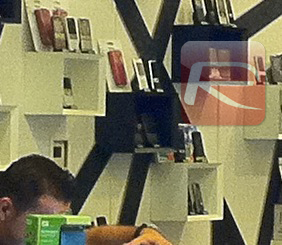 Indeed, aside from the few iTunes gift cards, MagSafe connectors and MacBooks that appear clearly on display, this fake retailer doesn’t resemble, nor does it appear to even try to, a real Apple Store. Instead, it looks more like a generic technology retailer that also happens to sell Apple products. Sadly, only one picture of this store was provided, which makes it hard to identify any other Apple products that might actually be sold at this establishment.

Last month, a fake Apple Store based in China made jaws across the Internet drop after it was spotted by a tourist. Unlike Iraqi version, the fake Chinese Apple Store duplicated every single detail of Apple’s retail experience, down to the posters on the wall and the t-shirts worn by clerks. The imitation was so good that not even the clerks at the tens of fake stores doing business across the country were aware that they weren’t actually working for Apple. While these stores weren’t officially authorized by Apple, it seems that all of the products it has sold were fully genuine, not cheap copies. Although the products at the Iraqi store look real to the naked eye, it’s not yet known whether these are genuine or just very good imitations.

While many of the fake Chinese stores were closed down by Chinese officials, it’s unclear what the Iraqi authorities will decide to do about its store, especially considering that there still are no official Apple Stores in the country. If you live in or around Sulaimaniya, you’re more than encouraged to check out the store while you can, but as with buying any product from a fake retailer, make you proceed with caution.